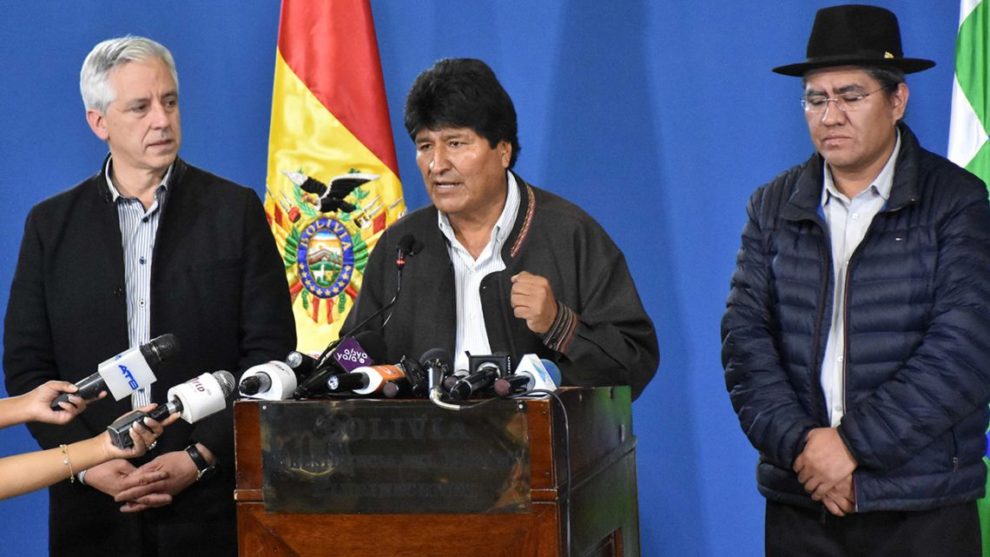 On Sunday, Evo Morales resigned as president of Bolivia amid weeks of protests over a disputed election.

Moralas, who announced his resignation in a televised address, said he was stepping down “for the good of the country.”

Moralas had been the longest serving left-leaning president in Latin America.