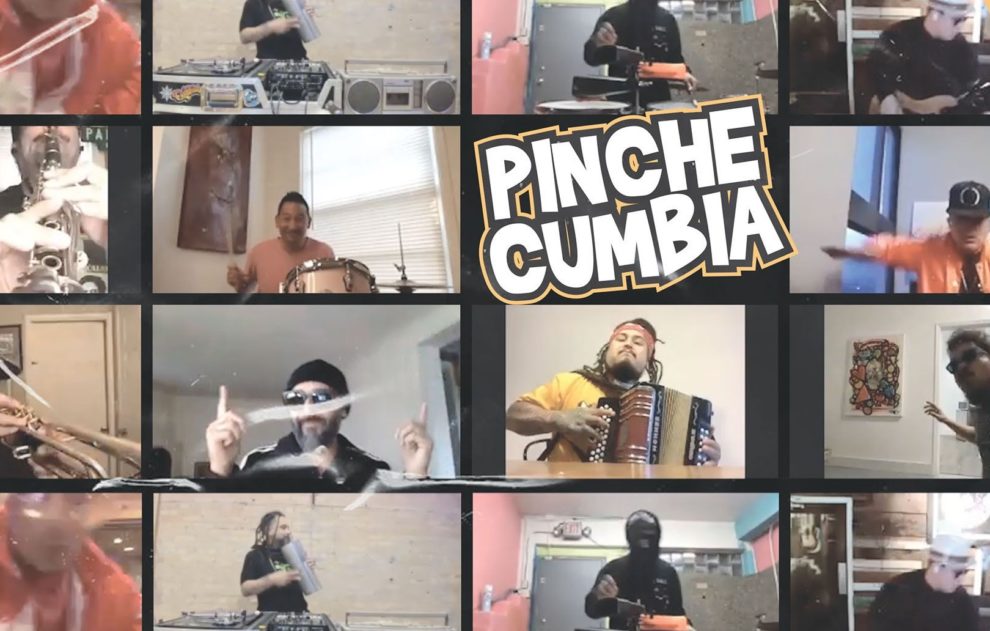 Marcos Cabrera MarcosACabrera
Fans can pre-save Pinche Cumbia prior to its release below.

The bouncy, delirious dance floor riot starter is anchored by hard as hell drums and an infectious accordion riff courtesy of Campa Valdez, a member of the notorious El Gran Silencio.

When Kumbia Kings co-conspirator DJ Kane enters the mix, along with a breakout verse from Itawe, listeners are helpless against the groove. Chicano rhythm royalty Ozomatli completes the mix with a raucous cumbia break that harkens to their early days as dancehall fusion masters.

El Dusty, who hails from Corpus Cristi, TX, aka “Cumbia City,” said his longtime writing partnership with Morenito led to the idea of creating a “supergroup gang cumbia track.” They recruited their close friends to be on the track.

The track is an artisanal blend of Dusty’s decades-long journey as a DJ/turntablist/sample artist who happened to grow up in the nation’s Cumbia Capital.

“Instead of sampling old soul records or obscure indie stuff, I tend to look for rare cumbia or Latin soul records to sample from,” El Dusty said of his crate digging routine. “I am always cutting and mashing up styles like this over drum breaks and trap beats to make it translate over to the club scene.”

As for the song’s title, Morenito explains “You can call something “Pinche “ in a derogatory way or by adding “Pinche” you can empower whatever you’re talking about, in this case CUMBIA. Basically what we’re saying is whether you like it or not, you’re gonna dance to it at the club or at your cousin’s quinceañera!”

When it’s safe to start partying in the near future, it’s safe to say El Dusty and his crew will definitely have the party supplies for the dancefloor.

Fans can pre-save Pinche Cumbia prior to its release here.

Juan Gabriel and The Art Of The Breakup Song
Que Maldicion: Snoop Dogg Is For La Gente!