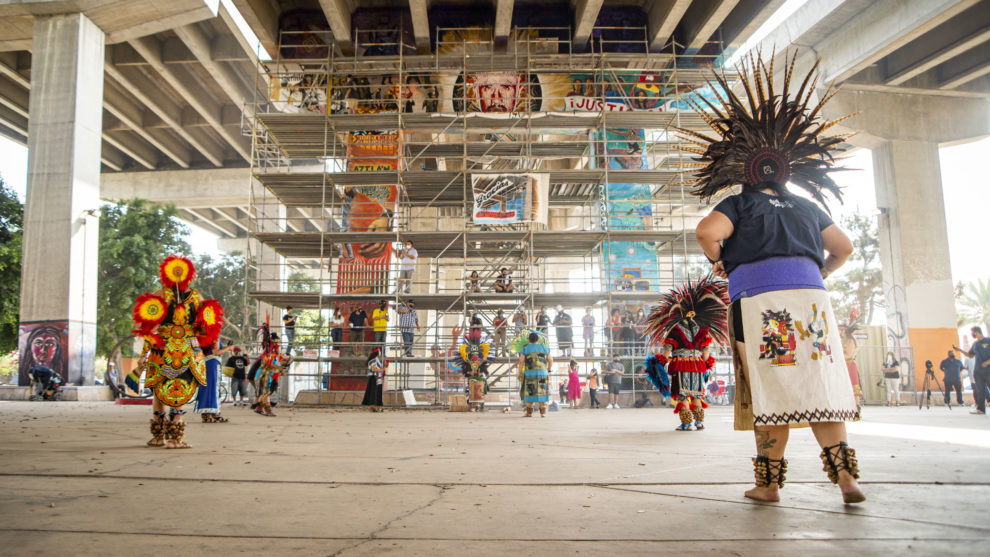 The project is led by Chicano muralist and professor Victor Ochoa.

This past weekend, a new mural was unveiled during a private gathering at Chicano Park inspired by Anastasio Hernández Rojas who was beaten to death by Customs and Border Protection in 2010.

The mural, which took months to plan, and pays homage to immigrants who have died at the border, was directed by Chicano muralist and professor Victor Ochoa (you can read our past column about the mural here).

Below are some pictures of the gathering from San Diego-based photographer Erik Herrera, which featured a number of community activists, artists, and onlookers. An official unveiling will be held for the public at a later date.

Erik Herrera is a first-generation American photographer born and raised in San Diego.

The Daily Chela is a new digital media outlet for Chicanos/Latinos that has by cited by NBC News, Yahoo News, The Washington Post, Vox, and Fox Sports.

L.A. Was The Mural Capital Of The World, What Happened?
The Real Story Behind “The Three Caballeros”