Home » I Will Always Defend My Mexican Heritage 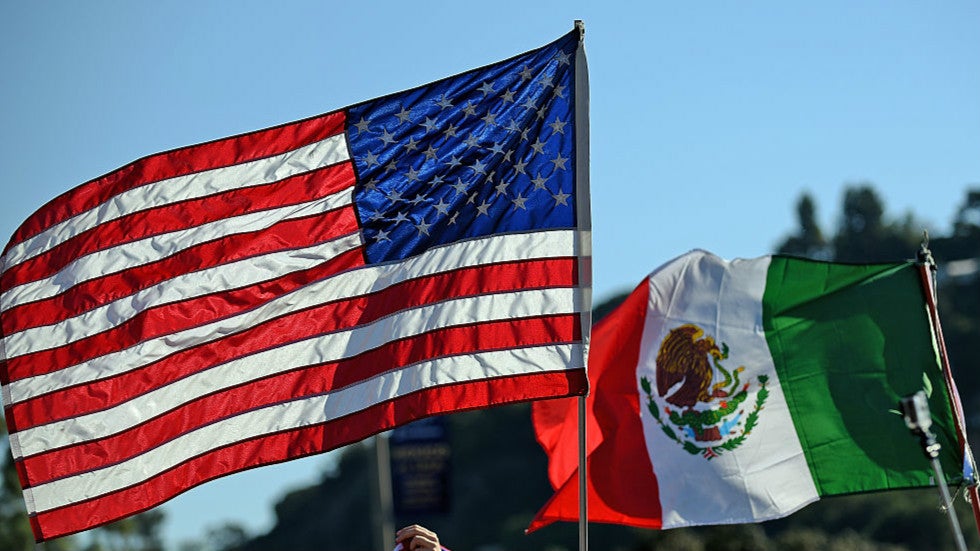 Brandon Loran Maxwell @brandonlmaxwell
There isn't just one narrowly defined definition of America. We are all products of our own upbringings and environments.

Being called a “fruit picker” in elementary school isn’t the worst thing to ever happen to me, but for some reason it’s one of those things that stuck with me. Indeed, I learned at an early age to stay on my side of the playground—to stick with “the Mexicans.” And until this day, not a lot has changed.

Discrimination was a part of growing up. I was denied entry into businesses. I was jumped in parking lots. I was stopped and frisked at gunpoint. Yet despite these experiences, I somehow remained optimistic—and in retrospect, naïve—about race relations in America.

I wasn’t perfect. I don’t pretend to be. But despite the injustices in front of me, I honestly believed bigotry in America was exaggerated and overblown. Never once did I think to correlate the government-issued guns being pointed at me with how I dressed or looked. On the contrary, I assumed everyone shared the same American experience.

But now I know better. Since the election of Donald Trump, I’ve not only found myself trapped between two contrasting Americas, but forced to defend myself against some of my own family members who support him.

I was recently reminded of this while speaking to a family member who lives in a different city. “Mexicans are taking over out here!” she exclaimed. “Trump needs to throw them all out!”

For a moment, I wondered if she had completely forgotten who she was talking to. I am, after all, the loud, obnoxious anti-Trump Mexican of the family. But more than anything, her sentiment struck a disturbing and familiar chord—an anti-immigrant sentiment she had never expressed prior to the election of Donald Trump.

Very few cultures have shaped the west in the same way Mexican American culture has. Its influence is everywhere, spanning everything from art to music to fashion.

Were Mexicans really taking over her city? Was it really ground zero for the changing landscape of America? Intrigued by the claim, I decided to look up the statistics.

The numbers backed up what I had suspected. Not only was her city just 12 percent Latino, but 96 percent of residents were U.S. citizens—higher than the national average. By contrast, the previous city I had lived in was 60 percent Mexican, and more than a quarter undocumented (and to think, I thought it didn’t have enough Mexicans).

However, what truly struck me was just how easily disprovable her claim was. All I had to do was Google statistics at the U.S. Census Bureau.

Yet in a political climate dictated by emotions, convincing someone to care about the truth has become remarkably difficult. Worse, anything that challenges the party line is immediately met with skepticism or labeled “fake.”

Ignorance has become a source of pride. For example, despite all the people I meet who complain about immigrants stealing American jobs, I’ve yet to meet one who has actually lost a job, or been denied a job, because of an immigrant.

I’m not suggesting it’s never happened. But is it really as bad as some people suggest? Not according to the numbers. Yet in the age of Donald Trump, immigrants are not only to blame for all of the country’s problems, but one’s own reality still isn’t enough to change their opinion. On the contrary, I’m expected to change my opinion.

“I’m part Scottish,” another man recently said to me, “but you don’t see me making a big deal!”

It was a familiar argument. One I had heard a million times. But it was also a false comparison. While he might have been of Scottish descent, he had never lived in a Scottish community where residents mostly spoke Scots.

He had never lived in a town where most businesses were operated by Scottish immigrants. He had never been pulled over by police or had guns pointed at him for looking too Scottish. And the Scottish community isn’t being held hostage by a president who despises Scottish people.

No, our experiences were very different.

The truth is very few cultures have shaped the west in the same way Mexican American culture has. Its influence is everywhere, spanning everything from art to music to fashion. Growing up, Chicano history classes were a part of the high school curriculum. Field trips to Chicano art exhibits took precedent over science museums. And in stores, corridos filled the shelves.

Is there anywhere in the U.S. that is comparable for Scottish people?

Of course not. Now to be fair, I could easily write the man off as nothing more than a product of a different generation. I could chalk the whole thing up to lack of education. I could rationalize our conversation as lack of exposure. But even if all these things are true—which they often are—I still have a hard time accepting them as a valid excuse.

Political preferences aside, we live in an age where information without end is accessible at the click of a button. If someone really wants to educate themselves on an issue, all they have to do is turn on a computer.

I’m not suggesting one culture is better than another. Every culture should be welcomed and treated with respect. But while we may all share the American Dream, it’s unrealistic to expect someone like myself to just ignore their own experiences and adopt another person’s version of America.

There isn’t just one narrowly defined definition of America. We are all products of our own upbringings and environments.

Americans should embrace this, not condemn it. No matter who the president is.

From Hong Kong To Chile, Twitter Is A Tool For Freedom
It’s Time To Fix U.S. Foreign Policy