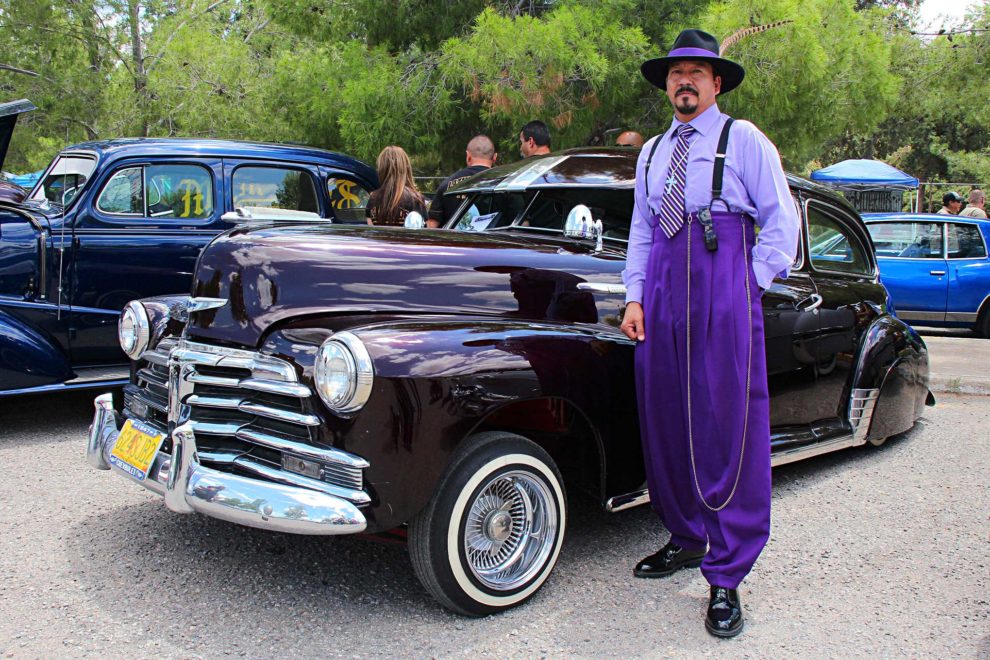 Daily Chela Staff dailychela
Lowriders have long been a cornerstone of pachuco culture, dating back to the late 1930s and early 1940s.

A massive lowrider cruise will be held in Los Angeles on Sunday June 6th to commemorate the 78th anniversary of the Zoot Suit Riots in 1943.

“[The cruise] was created in honor of those who lived the Pachuco/Zoot Suit era, and to help reach our elders to record an almost gone era,” said Art Zamora, one of the organizers behind the cruise.

Along with fellow organizers Pachuco Manny and Chato, Art hopes that the cruise will shine a light on the “Mexicano/Mexicana/Xicano/Xicana” experience.

That experience, while woven into popular culture by plays such as “Zoot Suit” by Luis Valdez, has largely been left out of American history classrooms.

“If we don’t preserve our history, nobody else will.”

Carlos Cantu, who has been lowriding for two decades and plans to attend the cruise, agrees. “If we don’t preserve our history, nobody else will.”

Lowriders have long been a cornerstone of pachuco culture, dating back to the late 1930s and early 1940s, when Mexican Americans in the barrios of California spearheaded the “low and slow” aesthetic as a form of expression and community.

The cruise, which starts at the Commerce Center on Whittier Blvd and ends at Lincoln Park, comes on the heels of numerous lowrider cruises taking place across the country.

To learn more about the Zoot Suit Riots, and the incident at Sleepy Lagoon that preceded it, listen and subscribe to our podcast on Zoot Suits and wartime Los Angeles with special guest, Eduardo Pagán.

Readers can also keep up with the latest by following the Zoot Suit Cruise official Instagram.

Portland Lowrider Show 2022
The Lowrider Community Pushes Back Against Looting