Home » Why Everyone Loves Chicano Culture—Except Its Critics 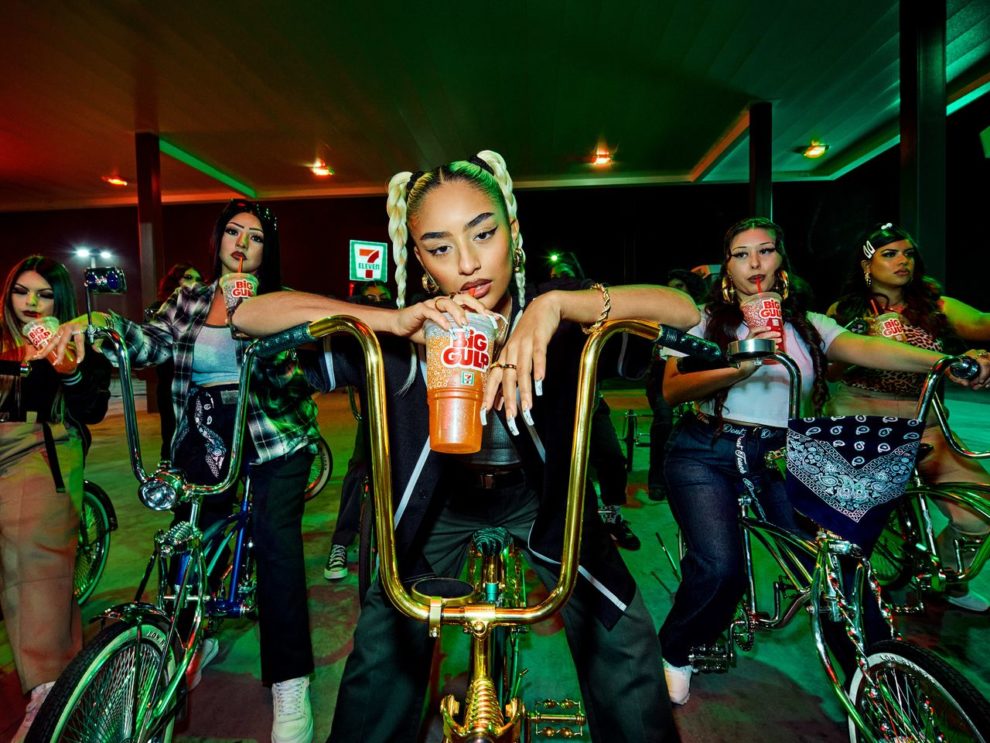 Brandon Loran Maxwell @brandonlmaxwell
Those with the strongest opinions about Chicano culture often have the least context.

This week, 7-Eleven launched a new ad showing a group of Chicanas on lowrider bikes, cruising through the parking lot of a convenient store with Big Gulps. The ad, directed by Harmony Korine, quickly went viral.

But perhaps what is most surprising is that the ad isn’t an anomaly. In fact, it comes on the heels of recent ad campaigns by Modelo and Facebook, both who also recently spotlighted urban Chicano/a culture.

For many in the Mexican American community, 7-Eleven’s ad was well received.

“I love seeing these women portrayed as fun, cool, and fierce,” Tweeted Michelle Morgante, who works at the Institute For Non-Profit News. Another user echoed her sentiment, Tweeting, “I am here for all of it. Representation matters.”

However, the ad also wasn’t without its critics. As usual, there were grumblings about “negative representation” and “stereotypes.” Another person complained that the ad was neither realistic or reflective of most U.S. cities (an impossible demand for any campaign to meet when you think about it).

Ultimately, the criticisms were predictable. In fact, they are the same criticisms that have been hurled at urban Chicano/a culture for decades.

Yet when the criticisms are picked apart, you will find that they are almost always masking a deeper problem altogether: The critic’s own lack of context.

As a result, criticisms of Chicano/a culture are almost always rooted in ignorance, not logic. After all, I can’t think of anything more illogical than letting the height of a bike or car determine how “negative” something is perceived. Can you?

Sure, not everyone in the Chicano/a community is crazy about the mainstreaming of Chicano culture (myself included). Over time, Chicano culture has largely gone the way of Polynesian tattoos, where any Joe Schmoe can strut into a tattoo shop and pick their favorite design without any substantive understanding of the culture (my first tattoo was done with a guitar string wired to a tape player).

That being said, the reason companies love to focus on urban Chicano/a culture is simple: Because it is a fascinating culture! It is vibrant, bold, flamboyant, colorful, and distinct. It is something that Mexican Americans should be proud of, not ashamed of.

It is a culture rooted in struggle, defiance, self-determination, and perseverance.

Does anybody believe a 7-Eleven ad about a bunch of Latino/a brain surgeons would have resonated the same? Of course not. (Unless the surgeons were all cholas, that is).

At the end of the day, 7-Eleven’s goal was to sell Big Gulps to likely customers. And in the west, there is no shortage of Mexican Americans who love lowrider culture. In fact, cities ranging from Las Vegas to Phoenix to Albuquerque have all hosted lowrider shows this year with tens of thousands of people.

To this extent, it was a smart ad. And anyone with context knows that not all people who drive a lowrider are the same. As a result, lowriding and “positively representing different types of people” don’t have to be mutually exclusive.

In fact, Lowrider Magazine runs a video series entitled “lowrider role models” to illustrate this very point. Ultimately, lowrider enthusiasts include all types of people, from veterans to teachers to police officers.

Nonetheless, this doesn’t mean that ads like the one 7-Eleven created don’t still result in a net benefit, particularly for the people and businesses involved. And to pretend otherwise is intellectually dishonest.

Love it or hate it, Chicano culture is one of the most dynamic cultures ever organically created. It is celebrated and emulated across the world, from Russia to Japan. It isn’t going anywhere any time soon. If Mexican Americans don’t own it, someone else will. If critics don’t like it, who cares?

Either way, if you think cholos or lowriders automatically equate to negative representation, the problem is YOU. It isn’t the sunglasses or car.