Home » Is “Foo” The New Brownface? 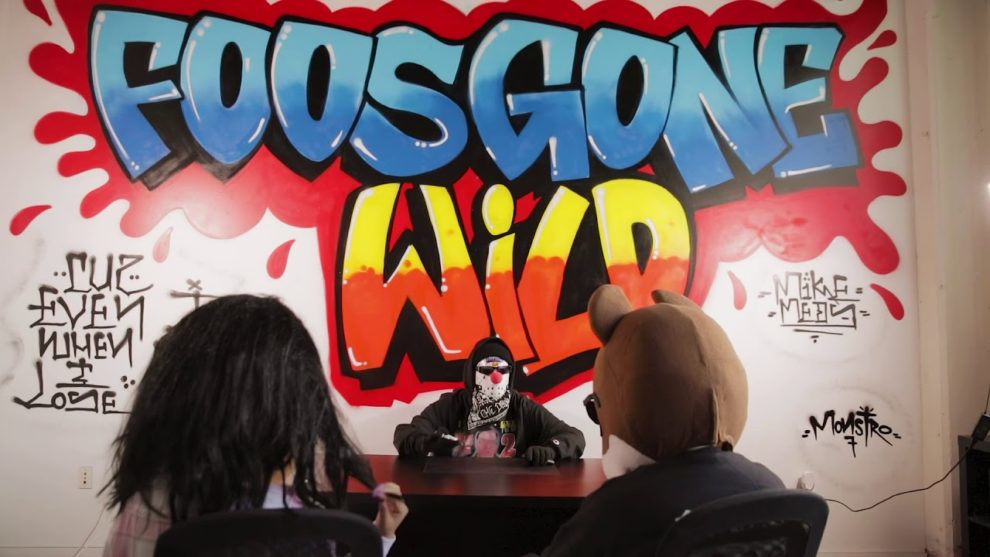 That’s the question corporations are suddenly asking. From “Sad Girl” on SNL to This Fool on Hulu, it’s been both exhilarating and exhausting to witness the meteoric rise of cholo references in popular culture.

In many ways, cholo culture hasn’t been this front and center since the nineties. Some have even called it a nineties resurgence. But as someone who grew up gang banging and lowriding during the nineties, I often find myself cringing at the content intended to pay homage to nineties cholo culture.

That’s because today is nothing like the nineties. In the nineties, gang tattoos and prison stints determined who was authentic and who wasn’t. Today, the barrier to entry is non-existent. Today, anyone from anywhere can buy pair of Nike Cortez shoes and crack a “foo” joke to the adulation of millions across the web with no comprehension of cholo culture beyond aesthetics.

Make no mistake. This isn’t a resurgence of the nineties, this is the emergence of brownface. Worse, there is no shortage of “foos” lining up to perform for a few bucks and social media attention.

As Sad Girl from SNL might say, “That’s saaaaa.”

No platform has risen to prominence faster than Foos Gone Wild. The platform, which boasts over a million followers on social media, has not only perfected the art of churning out deplorable cholo stereotypes and caricatures, but has monetized it to the tune of millions of dollars a year.

Yet despite how it might appear on the surface, Foos Gone Wild isn’t operated by actual cholos. It is operated by an entertainment company based in Europe and a wannabe rapper in a clown mask from San Diego who justifies his venture by claiming to have grown up “cholo adjacent.”

In theory, the term works. In reality, it has become the go-to descriptor for content creators as nothing more than a way to fabricate credibility where none exists. Worse, it is used to justify the exploitation of a subculture in which content creators otherwise have little or no bonafide connection.

After all, you are either a cholo or you aren’t.

But the term masks an inconvenient truth: Most influencers peddling sophomoric “foo” humor in entertainment and on social media are not actual cholos themselves. They are outsiders who think they have license to speak on cholo culture because they grew up “adjacent” to cholo culture.

The result is degradation and mockery masquerading as flattery. Worse, the loss of nuance. Foos Gone Wild is the perfect example. Despite what it pretends to be, it doesn’t elevate Latinos. It provides a space for vicarious outsiders to deride Mexicans. It represents authentic cholo culture about as much as Indiana Jones represents authentic archaeology.

Of course, I’m not arguing that everyone should join a gang or go to prison. Nor am I against satire (who doesn’t love the Homies characters?). That being said, there is a significant distinction between growing up within proximity of cholo culture and actually living the lifestyle. Suggesting otherwise is absurd.

The truth is cholo culture evolved from a long, complex, and tragic history. To oversimplify that history or relegate it to a social media gag reel for temporary “likes” is a slap in the face to those who have died for their neighborhoods (however misguided the gang lifestyle might have been). And anyone who has ever been in a gang or in prison will tell you that.

Companies love to boast that former gang members often participate in their productions. But this shouldn’t come as a surprise. Most former gang members are eager for work. Most will take whatever entertainment gig is offered without any thought to public perception or larger cultural ramifications. And who can blame them? As a convicted felon, I’m the first to admit how hard it is to make a living.

The new Hulu series, This Fool, is merely the latest to feature former gang members in the backdrop. I haven’t watched the entire series yet, but I will admit the first episode made me laugh. It’s also hard not to root for the people involved (I’ve crossed paths with a number of them over the years).

That being said, it’s worth considering the long term expense at which cholo-centric content is developed and peddled by corporate executives whose only motive is money.

Cholo culture is expansive. There is a lot to draw from. But cheap “Foo” humor risks sending a mixed signal to the rest of the world. On one hand, we argue for positive representation. On the other, we are the biggest peddlers of our own stereotypes.

Do we value how we are perceived and depicted or not? We don’t have to be stupid and self-deprecating. We can be both funny and smart. And unlike Foos Gone Wild, I think This Fool at least has the potential to pull it off.

If not, Tyga’s recent music video highlights the potential conundrum we face. The video, which poked fun at Mexican Americans by turning them into a bunch of caricatures, drew instant outcry from Latinos. The video was even removed from social media. Yet the video also raises a legitimate question: If we don’t respect ourselves first, why should anyone else respect us?

Without question, we have come a long way since the nineties when gang violence peaked. Unlike the nineties, we can finally laugh and poke fun at ourselves. I get it. Likewise, there is no question that people across the world continue to be fascinated with cholo culture. I’m one of them.

To pretend otherwise is foolish. Or it is foo-ish?