Home » The Looting Of Our Conscience 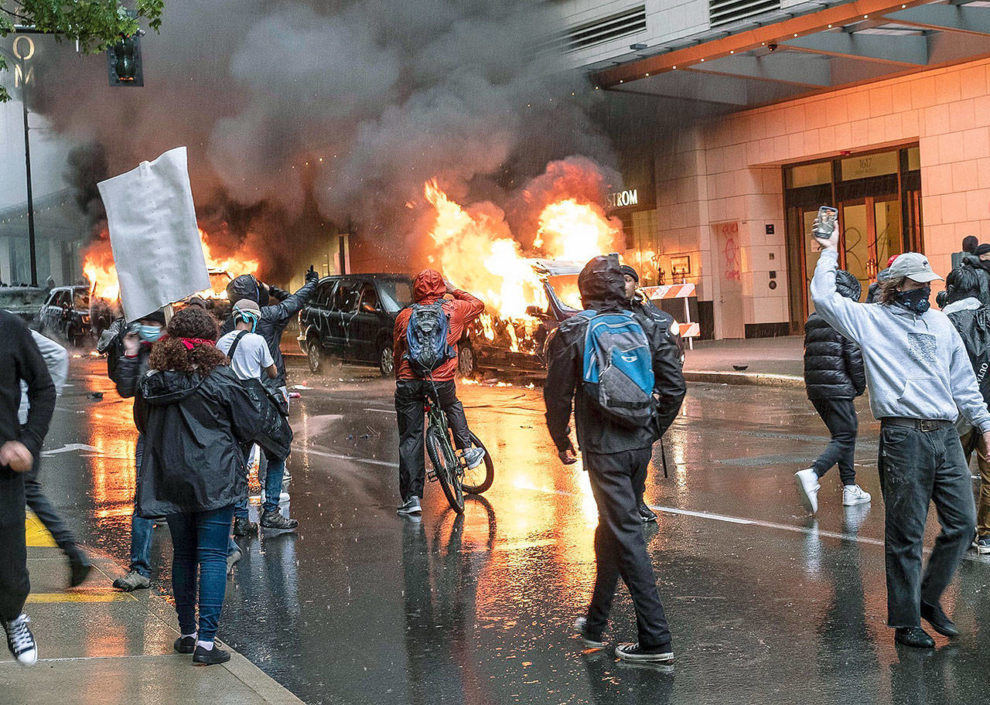 Brandon Loran Maxwell @brandonlmaxwell
The problem we face as a society is much bigger than a murder or riot.

Last weekend as peaceful protestors marched across the nation to commemorate George Floyd who was murdered by a Minneapolis policeman, I couldn’t help but think about the contrast it was to the chaos the world had witnessed play out on live television just days earlier.

After two weeks, it appeared the nation had finally turned a corner and begun to heal.

The protests drew comparisons to 1968 in scale. But despite surface similarities, the senseless murder of Floyd, and initial wave of destruction that followed, were both symptoms of a much deeper problem we mask as a society.

The question is whether we are finally ready as a society to address that problem.

To be clear, this isn’t about protests. Most reasonable people would agree that free speech and assembly are integral threads to the fabric of the United States. From the March on Washington to the walkouts in East L.A., Americans have a long history of protest, expression, and even civil disobedience.

After all, how can we fix something that is wrong without a collective understanding of what is right?

Yet our shared understanding of what is right and wrong has all but disappeared. In an age where truth is considered subjective, and confirmation bias makes up the foundation to our most popular spaces, it is often more convenient to retreat to one of two corners. It is often more expedient to fire moral equivalencies back and forth in pursuit of temporary “likes” or “shares.”

However, the truth doesn’t have to be complicated. It only has to be told.

Even if at times it’s inconvenient.

The truth is Floyd was murdered in cold blood. The four officers who were present that day knew it, and the whole world knew it the moment the video went viral. The fact that nobody intervened while he gasped for help is an example of the inhumanity that can pervade unchecked power.

The truth is inequalities exist within the justice system. I know from firsthand experience both as someone who has been beaten up by police, and as someone who once served time under a plea agreement to avoid a mandatory minimum sentence.

The truth is not all cops are bad people. Many are faced with incredibly difficult situations every day and want to do the right thing. However, the truth also is that bad cops exist too and maybe having a conversation about reforms has the potential to benefit everybody involved.

The truth is most protesters were peaceful. However, because news companies answer to shareholders, there is an incentive to blow negative situations out of proportion. Fear, after all, keeps viewers coming back.

And Americans love nothing more than being afraid.

The truth is phrases like “thug” and “pig” are often employed to dehumanize and relegate the complexities of humans to talking points. However, the truth also is that most people are more than the labels society gives them.

In fact, most people are a mixture of different decisions, influences, and environments.

The truth is some people looted stores because they saw an easy opportunity to exploit an awful situation. It should be okay to admit this, but not to let it cast a shadow on the rest of the protesters who were well-intentioned.

Sometimes two things can be true at once.

The truth is our conscience as a society has been looted for decades. Over the years, it has been looted by everything from popular media to social media to national politics. As a result, we have lost our sense of compassion and respect for humanity.

My formula for evaluating allies is simple: Trust nobody who buys an “anarchist” T-shirt from Hot Topic, and trust nobody who advocates for the destruction of black and brown communities.

Social media hasn’t helped. Rather than propose constructive solutions, so-called “influencers” frequently advocate destructive policies within black and brown communities, knowing full well they aren’t the ones who have to pick up the pieces.

Make no mistake. Some of these people may talk like allies, but the truth is most of them are simply trying to live vicariously through cultures that are more interesting than their own.

The truth is most of these people would never put their own careers or livelihoods on the line to open the door for those same black and brown communities.

The truth is some people are going to get upset no matter what I write. However, I learned to stop caring a long time ago. My goal as a writer isn’t to sing with the choir or sing to the choir. My goal is to sing a song the choir refuses to hear, even if it gets me kicked out of the chapel.

And the truth is we’ll get through this difficult time the sooner we as a nation have an honest conversation with ourselves.