Home » Combating Invasive Species One Ceviche Dish At A Time 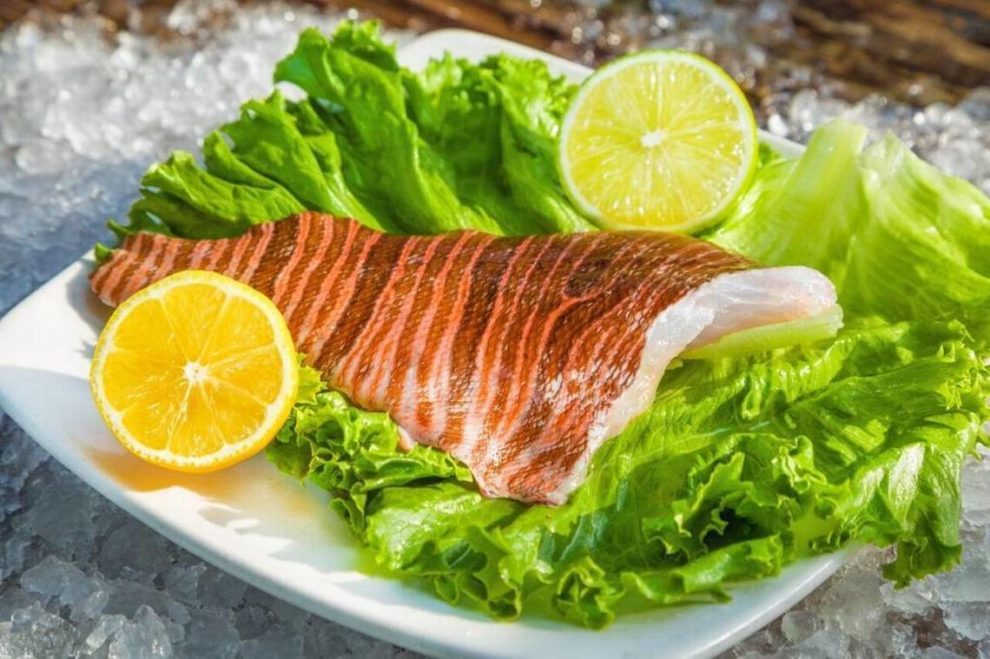 Melody Aleman MicrobialMelody
To combat the lionfish, the best answer might be to add them to the menu.

Wondering why some Latin American restaurants in Florida are incorporating lionfish into their ceviche dishes? Hint: It involves getting rid of an invasive species.

Let’s admit it, we’ve all either flushed a goldfish down a toilet or seen it done on TV. Perhaps some of us have released a pet turtle in a river or planted exotic plants on the front lawn to impress our neighbors.

We might’ve not thought twice about doing it, but all these actions have one thing in common: They introduce potentially invasive species into the environment.

An invasive species is a non-native organism that moves into a new environment and causes both ecological and economical damage. This damage includes competing with native plants and animals, consuming resources, and modifying the natural habitat. Invasive species can also introduce diseases that can eradicate native species.

An example of this problem is exotic lionfish. In particular, two species of lionfish (Pterois miles and Pterois volitans) are causing problems in the southeastern United States, the Gulf of Mexico, and the Caribbean coasts. The biggest issue is that they prey on native fish, significantly reducing their population size. But where did they come from?

Lionfish originate from the Indo-Pacific region, but were most likely introduced into the Atlantic-Caribbean via the amateur aquarium trade and released in the late 80’s and early 90’s.

During the lionfish invasion (1990-2014), researchers reported reduced populations of native fish, known commonly as ‘Tomtate’ or ‘grunts’ (Haemulon aurolineatum), by 45%. The researchers incorporated sampling data from fish surveys previously collected in the Southeastern United States, stretching from North Carolina to Florida, into their models.

Besides direct predation in invasive areas, it is important to note that Tomtate fish are broadcast spawners, meaning they release thousands of eggs and sperm in the ocean. Thus, the reduced population of Tomtate fish mean fewer eggs/sperm are released and carried by currents into non-invasive regions, where lionfish are not present.

Scientists suspect that other species of native fish have also been impacted by direct lionfish predation, like groupers and snappers, which are important high value fish in markets. Lionfish were observed to directly consume these fish and compete for the same food source.

But why are lionfish thriving in a non-native environment? First, they grow rapidly and reach sexual maturity within 1 year. They also have high fecundity, meaning they can produce a high number of offspring within their lifetime.

According to the Emerald Coast Open, an average sized female lionfish can release 27,000 eggs over a 2.5 day period. And larger female lionfish can potentially release thousands more. Lionfish can also consume 20 fish within a 30-minute period. No wonder some people don’t like to keep lionfish in their aquariums!

Lastly, they have no natural predators. This may be due to their poisonous spikes, which cause throbbing pain and swelling for anyone unlucky enough to encounter one.

So how is the lionfish problem tackled? The Emerald Coast Open is a lionfish tournament in Destin, FL that seeks to raise awareness about these creatures. They encourage people to go out and kill as many lionfish as possible as part of a national competition. In 2019, 189 participants collectively removed 19,167 lionfish. Winners typically receive cash and awards for the most lionfish killed or heaviest lionfish.

However, the lionfish are not discarded. The tournament also includes a festival where the poisonous spikes are removed, and the lionfish are carefully prepared for human consumption. Slowly, lionfish are being introduced into restaurants as a delicacy, which creates a demand for them and further promotes their hunt and capture. Some Latin American restaurants in Florida are incorporating lionfish into their ceviche dishes.

Despite numerous lionfish hunts, it’s unclear how significant this strategy will succeed in the long term. But nature is working on this as well. New research, published this month described a flesh disease that is wiping out lionfish populations in the Gulf of Mexico and the Caribbean. Researchers surveyed natural reefs in the northern Gulf of Mexico in 2016-2018 and found a 75% decline in lionfish populations within their study site.

The disease causes ulcers and is estimated to impact 40% of lionfish of northern Gulf of Mexico. It’s not unusual that a disease such as this one can spread rapidly and decimate the high lionfish populations due to the low genetic diversity of lionfish in the affected areas.

However, this spontaneous population decline may only be temporary. As the climate changes, and the oceans warm up, invasive species will become more prevalent. For example, increasing ocean water temperature could cause tropical fish to migrate into higher latitudes, since their preferred temperature range has expanded into northern or southern geographic regions.

So what can we do about this? Put our money where our mouth is, and carefully inform our consumption decisions. We have to pledge to be more responsible with the pets we get and be conscious of the plants we have in our yards. This will help prevent damage to ancient, entire ecosystems.

Melody Aleman is a first-generation college graduate. She received a Bachelor’s of Science degree from Millersville University of Pennsylvania, with a concentration in Marine Biology, in 2017. She is currently pursuing a PhD. in Marine Biology and Biological Oceanography from the University of Southern California in Los Angeles. She studies ecological interactions between marine bacteria and viruses. Melody is passionate about promoting diversity in STEM and hands-on education in marine science.