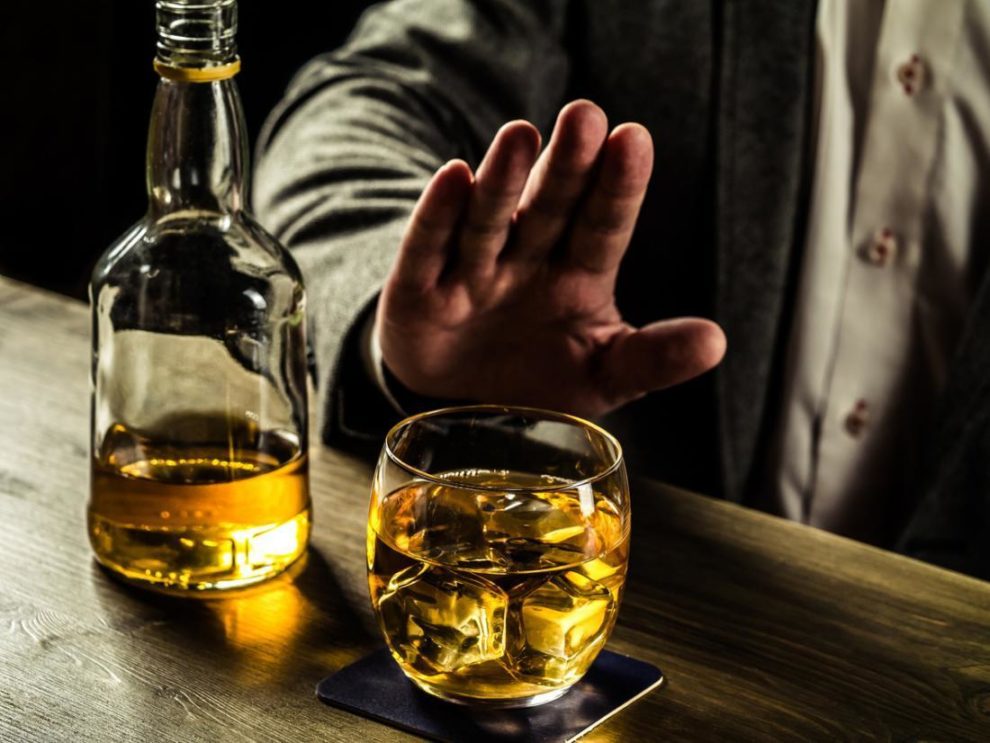 Dr. Lauro Amezcua-Patino
For many of us, alcohol is a social lubricant that allows us to interact more easily with others. For most alcohol dependent individuals, it is the opposite.

Understanding alcoholism is a challenge. Contrasting definitions, confusion between whether it is an addiction or dependence, and the periodic and expansive change of concepts over time have muddied the waters.

The most recent definition of problem drinking is the following: “the excessive and persistent desire to drink alcoholic beverages and unsuccessful efforts to cut down or control the use of alcohol over time”.

This definition gives equal weight to the dysfunction associated with obtaining and using alcohol as the issues associated with constant intoxication. Excessive drinkers build up a tolerance of sorts that takes progressively more time to recover from the effects of the alcohol they imbibe.

The combination of these time-consuming efforts and effects have consequences that leave them unable to fulfill obligations at work, home and or school.

Counterintuitively, drinking can negatively affect one’s social life since sufferers spend an inordinate amount of time drinking and being intoxicated alone instead of interacting with friends, family and loved ones.

For many of us, alcohol is a social lubricant that allows us to interact more easily with others. For most alcohol dependent individuals, it is the opposite. It is what isolates them from others since their drinking is not social. It is a form of self-medication typically done in isolation and to excess.

Continued drinking at this level can lead to serious negative consequences in the personal or social functioning of the individual. Spending more time drinking and less time in social, personal or work activities is problematic.

There are also psychological problems associated with such use. A need to ingest progressively larger amounts of alcohol to get intoxicated (tolerance), and the presence of withdrawal symptoms when trying to “dry out” and a myriad of other health problems such as hypertension, coronary heart disease, ischemic stroke, cancer of the respiratory system, cancers of the digestive system, liver, breast and ovaries as well as liver disease.

Clinically, Alcohol Use Disorder is also subdivided into Mild, Moderate, and Severe—depending of the number of symptoms mentioned above. Mild 2-3 symptoms, Moderate 4-5 Symptoms, Severe 6 or more symptoms.

Signs Of A Drinking Problem

What amount of alcohol use tells one that they may have a problem? What is considered “normal” drinking?  Moderate alcohol consumption has been defined as up to 15 drinks per week for Men, and 7 drinks per week for Women (one drink equals a 12 oz. beer, 5 Ounces of wine or 1.5 fluid ounces of 80 proof distilled drinks).

However, this assumes that this amount of drinking is not progressively increasing over time and not causing tolerance or physical/psychological or social problems.

How do I know if I, a relative, partner or friend suffers from problem drinking?

Here are some classic signs:

The consequence of maladaptive use of alcohol has serious consequences for the individual sufferer, their family and society.

Alcoholism is the third most frequent mental disorder, affecting about 4% of women and 10% of men across social and economic strata. The costs associated with alcohol use disorders, measured as a lack of productivity, medical treatments and decrease in longevity is believed to be about $200 Billion annually.

It is believed that alcohol use disorders cause approximately 5% of all deaths in the world, about 3 million people per year.  Statistics tell us that 30 individuals die daily from alcohol related motor vehicle accidents.

In the last 10 years prior to 2017, the deaths related to alcohol increased by 35% in the USA. Worldwide, 300 million people suffer from alcohol use disorders. It is by far, the deadliest drug on the planet.

Alcohol can expedite death in a number of ways, such as car accidents, violence, suicide, lever disease, cancer, heart disease, and alcohol poisoning.

Socially, people with alcohol use disorders are at a higher risk for domestic violence, violence in general, child abuse, use of other drugs, legal problems, divorce, unemployment, depression and anxiety problems.

Individuals who drink consistently and have developed tolerance to the alcohol (higher amounts for the same effect), are at a high risk for alcohol withdrawal that usually starts 24-72 hours after the last drink.

Alcohol withdrawal is a medical emergency and must be treated promptly since it can be fatal in certain individuals. Withdrawal symptoms from alcohol usually start with increased anxiety, cravings for alcohol, tremors (shakes), excessive sweating, nausea, elevated blood pressure and pulse.

If not treated promptly, it may evolve into high fever, hallucinations, delirium, hallucinations and grand mal seizures. Most severer level sufferers cannot just quit “cold turkey.” At this level, not drinking, can become as deadly as drinking too much. They need professional help and medically supported detoxification programs.

Once the detoxification has been completed, a program of rehabilitation must be initiated to help maintain sobriety. Multiple approaches have been developed including traditional Alcoholic Anonymous (AA) programs, Stimulus Control Therapy, Motivational Enhancement, Urge Control, Social Interventions, Family Therapy, and others.

Certain medications are also available to facilitate reduction of alcohol cravings, including different forms of Naltrexone and Acamprosate. Ondansetron has been found to be useful in patients who started drinking before the age of 25.

If the patients suffer from mood and anxiety disorders in combination with alcohol use disorders, medications specific to these disorders can be initiated.

If you, a friend or a loved one suffer from problem drinking, you can get information and help at the following agencies: