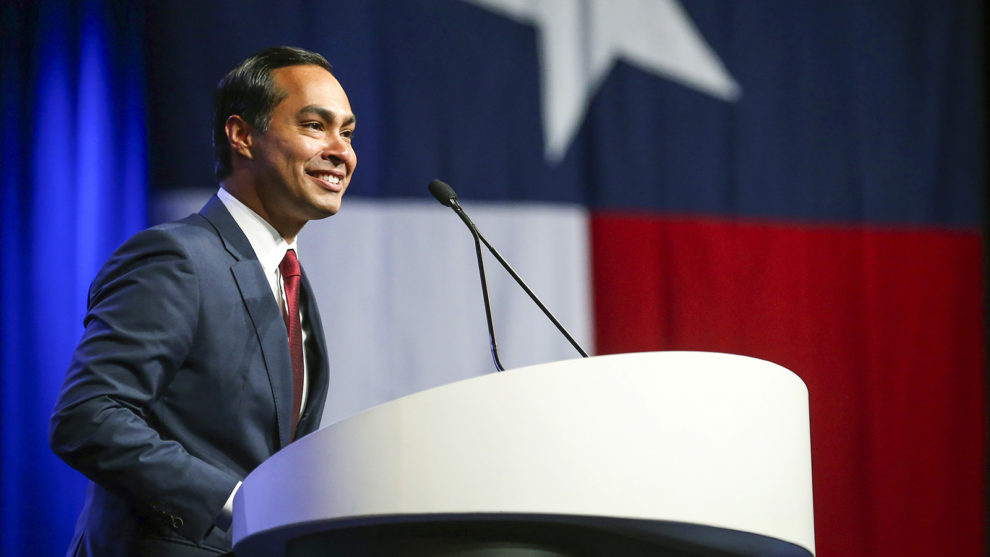 No candidate has been as vocal and dedicated to addressing the issue of police misconduct as Julián Castro.

In light of the recent events in Minneapolis, we look back at the policy proposals of former presidential candidate Julián Castro through an op-ed that was originally written while he was still running for president.

Over the past several years, few issues have managed to capture the nation’s attention and shed light on the ugly reality of inequality and race relations in the United States quite like police brutality and misconduct. Like an unrelenting disease, police brutality is a blight upon our nation that seems to have no boundaries.

Overwhelmingly committed in communities of color and against other marginalized populations, the polarizing issue of police brutality, misconduct and hyper-aggressive policing isn’t just some abstract political talking point, but a dangerous reality for thousands of people that plays out on a near-daily basis from coast to coast. In fact, it takes place with such frequency that practically every locality, from major urban metropolitan cities to the tiniest of rural towns, is plagued by its presence in some form or fashion.

It goes without saying that police brutality, misconduct, and even the institution of policing itself in the U.S. has received a renewed wave of scrutiny in the wake of high profile police shootings, sparking waves of protest demanding new reforms and calls for stricter police oversight.

However, you’d be hard-pressed to recall the names of more than a handful victims who have lost their lives at the hands of police violence in the past year. Save for a few select cases, the names of those killed by police even under the most egregious of circumstances still largely go unknown and underreported. That’s not to say that police brutality and misconduct across the U.S. have dropped to new lows in 2019. In fact, if anything some studies suggest the opposite is taking place.

During the last election cycle, demonstrators and activists affiliated with the Black Lives Matter movement disrupted rallies and events of both Bernie Sanders and Hillary Clinton, claiming that both candidates and their supporters were failing to keep issues such as racial justice and police reform front and center of their campaign platforms.

These grievances did not fall on deaf ears. Leading up to the 2016 election, police brutality, racial violence, and police reform were all topics discussed at great length during the national debates from frontrunner candidates vying for the party’s nomination.

Not only were candidates forced to candidly talk about these issues, but for the first-time, politicians were tasked with the responsibility of crafting smart, legitimate policies outlining how they planned to address misconduct at the federal level through their executive power.

Fast forward to 2019, that same energy and sense of urgency has greatly diminished with police brutality taking a backseat to other issues for most politicians on the campaign trail. That being said, one candidate has not only used their platform to consistently bring police reform back to the forefront, but has remained on the cutting edge, pushing some of the most progressive proposals addressing police brutality and misconduct.

That candidate, of course, is Julián Castro. The sole Chicano candidate in the democratic race who started his political career as the mayor of his hometown of San Antonio, Texas from 2009 until he joined Barack Obama’s cabinet in 2014, where he served under the Obama administration as secretary of Housing and Urban Development until 2017.

Castro has been one of the few candidates vying for the Democratic nomination to frankly talk about police brutality and police reform at the debates and on the campaign trail. And of that already small group, Castro has been the only one to say the names of victims of police violence at every single debate he’s attended.

In the last primary debate, Castro took the opportunity to link excessive police force and violence as part of a greater pattern of gun violence in the U.S. when asked by CNN moderator Anderson Cooper about his thoughts on voluntary and mandatory gun buy-backs.

Castro responded by saying, “There are two problems I have with mandatory buybacks. Number one, folks can’t define it, and if you’re not going door-to-door then it’s not really mandatory. But also, in the places that I grew up in, we weren’t exactly looking for another reason for cops to come banging on the door.”

Castro cited the case of Atatiana Jefferson, a twenty-eight-year-old African-American woman who was shot dead in her own home in Fort Worth, Texas by a white police officer after a concerned neighbor made a non-emergency call upon seeing the front door of the house open.

“You all saw a couple days ago what happened with Atatiana Jefferson in Fort Worth. A cop showed up at two in the morning at her house, when she was playing video games with her nephew. He didn’t even announce himself, and within four seconds, he shot her and killed her through her home window”, Castro said.

He concluded his stance by pointing out the inherent dangers of unneeded police encounters, saying, “I am not going to give these police officers another reason to go door to door in certain communities because police violence is also gun violence, and we need to address that.”

Ultimately, Castro made the bold but necessary decision to point out the uncomfortable truth that even during routine wellness checks, when no laws have been broken or any crime committed, unwarranted interactions with law enforcement routinely turn deadly. And Castro, who himself grew up in San Antonio’s west side barrios is fully aware of scenarios like this that play out as the result of toxic police culture and hyper-aggressive tactics disproportionately applied against communities of color with no accountability.

Castro’s response to police violence has not been regulated to mere lip service either at debates or on the campaign trail either. In fact, Castro and his team have outlined some of the most meticulous and rigorously outlined platforms of any candidate to throw their hat into the ring.

Having released proposals outlining housing, education and criminal justice reform, perhaps none are as bold, progressive and ambitious as Castro’s ‘People First Policing Plan’. Unveiled back in June, the first of its kind plan is a thoughtful and comprehensive proposal that methodically outlines a course of action Castro would take to curtail hyper-aggressive policing, hold police officers accountable and help rebuild trust between law enforcement and communities of color if elected.

Upon revealing the platform, Castro was not only the first candidate to put forth such a detailed proposal specifically addressing police violence and misconduct in the U.S., but it still remains by far the most ambitious proposal made by any candidate thus far. Research-based and grounded in evidence, Castro’s ‘People First Policing Plan’ has been applauded by police reform advocates as a platform that would actually change outcomes, not just merely change the conversation around policing.

Several proposals to meet these goals include: Restricting the use of deadly force, limiting qualified immunity for police officers, mandating body-worn cameras, ending racial profiling and stop-&-frisk policies, requiring pre-employment screenings to identify racial prejudices in new police hires, establishing a public national database tracking all police officers fired for abuse and misconduct, demilitarize police departments by banning the transfer of military weaponry to local departments, as well as promoting alternatives to police responses of 911 calls by establishing partnerships between mental health units and first responders along other numerous other reforms.

From the very first debate, no candidate has been as vocal and dedicated to addressing the issue of police misconduct as Julián Castro. And by all accounts, he has spent the duration of his campaign focusing on addressing the needs of our nation’s most vulnerable communities.

Unfortunately, since announcing his candidacy in January, Castro has largely been an overlooked policymaker on the 2020 ballot. In a crowded field of contenders, his campaign has struggled to compete by distinguishing himself from other prominent candidates.

Even among Latino and African-American voters at a time where race, police violence, immigration reform, family separation and border security are at the forefront of the country’s consciousness, his numbers remain stubbornly low, barely polling nationally at 1%. In light of this, Castro announced that if his campaign is unable to raise $800,000 by October 31st, he will officially withdraw from the race.

Which is unfortunate, because while mainstream political discourse still largely applies a one-dimensional lens in-regards to its coverage of Latino communities and politicians, often regulating both to immigration related topics. This blind spot underscores the importance of Julián Castro’s acknowledgment of police brutality, which also disproportionately affects Latino communities on a regular basis as well; but is seldom touched upon.

Candidates like Julián Castro are important not just because of their bold and ambitious policies, they’re important because such policies force their contemporaries and other candidates in the running to craft equally bold and progressive platforms as well.