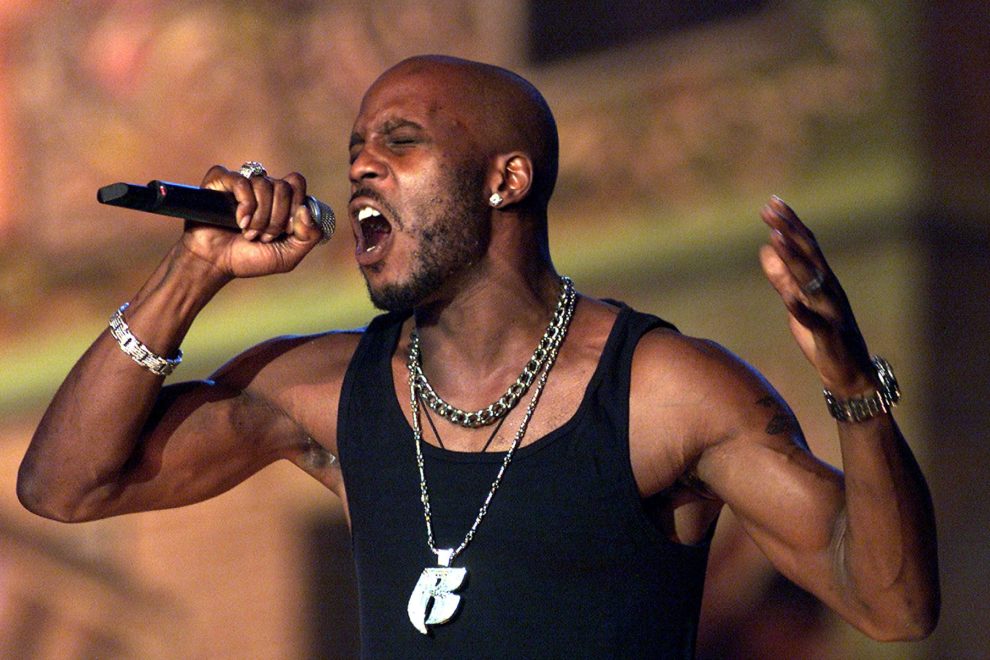 Marcos Cabrera MarcosACabrera
Despite his struggles, DMX went on an unprecedented five-album run that completely shifted the rap music landscape.

The image bops in my head in dull-lit purple and pink pastels: a young girl in a majestic quinceanera dress, smiling half-lovingly, half-embarrassed, two-stepping off beat. Her father, all gangly limbs and gold chains and shiny shaved head, swings confidently to his own rhythm. He is grooving 10 times faster than the somber beat to Luther Vandross’s “Dance With My Father” ever intended.

The father, the late, great DMX, is clearly enjoying the dance with his daughter at her quinceanera. That electric Kool-Aid smile reveals the pride and joy that is exclusive to a dad introducing his sweet princess to the world as a young woman. He sways wildly and she giggles, in the manner of a daughter who identifies and appreciates her papa’s authentic love.

The sight of DMX sharing that moment with his daughter is both mesmerizing and relatable in my perch as a girl dad. In that moment though, I feel more in tune with his daughter. As the child of an alcoholic, I relate to her sheer joy in having her functional addict parent present for that once in a lifetime event.

DMX, the mythical mic legend who did that rarest of rare hip-hop tropes and “changed the game,” passed away Friday after suffering what his family described as “catastrophic cardiac arrest.” He was 50 years old.

He was a seemingly perfect rapper out the shoot, blessed with an unmistakable growl and aggressive vocal delivery, a blockbuster hard knock life back story, endless banks of raw energy and charisma and a chiseled figure that was built for battle, be it physical or lyrical.

In 1998, his single “Get At Me Dog” dropped as a counter-offensive to the shiny suit era of hip-hop excess that overwhelmed pop music. DMX brought back gutter grime, undiluted hip-hop to the mainstream by the force of his will and, even more remarkably, by the conviction of his religious faith.

He set Billboard records for multiple platinum album releases in a single calendar year. He went on an unprecedented five-album run that completely shifted the rap music landscape. He melded multiple subcultures—dirt bike and ATV racing, bodybuilding, pit bull breeding—into his unique brand, bringing together fans from all walks of life, ethnicities, and regions. He unequivocally repped New York and the East Coast, but he belonged to the world.

As battle tested as he was, it was his bouts with addiction that cost him in the long run. Multiple rehab stints and run-ins with the law did nothing to steer him clear of his destructive path. All of the pain and exposed wounds he put on record were played out in real time. He built the mold for being a real one, then made sure to shatter it as soon as he made it to the top.

As tough as it was to watch him falter on his journey, I never lost hope for his recovery. For anyone who has endured life with a loved one controlled by their vices, it’s easy to root for their redemption and sobriety. Watching DMX slip and fall and proclaim that he can’t get up was a part of his act. As a hip-hop fan, I sang along to the lyrics. As a survivor of an alcoholic parent, I quietly hoped he would miraculously get back firmly on his feet.

The last time I saw him was last year in his VERZUZ battle with Snoop Dogg. It was exciting content, him smiling and laughing, rapping his lyrics with as much gusto as he could muster. The six pack gave way to a mini-boiler. The voice was no longer prison ox sharp. Even his signature growl was off.

The joy was there, though. As hardcore and intense as he was on stage and on wax, as heart wrenching as it was to watch him near collapse in prayer in front of thousands on stage every night, X was never afraid to revel in gratitude and celebration. He wasn’t too tough to be fun and silly. When he barked that we were going to make him lose his mind, it wasn’t a threat of violence. The warning came with a smirk: don’t threaten DMX with a good time.

The good times were never meant to last though. I think we all knew that, deep down. Perhaps he knew it as well in that video, dancing with his daughter at her quince, all eyes on him and his baby, strutting and gigging like it was just him and his little girl alone in that room.

That moment was the miracle his fans wanted for him. It’s the miracle of hope that all addicts and their loved ones aspire to every day.