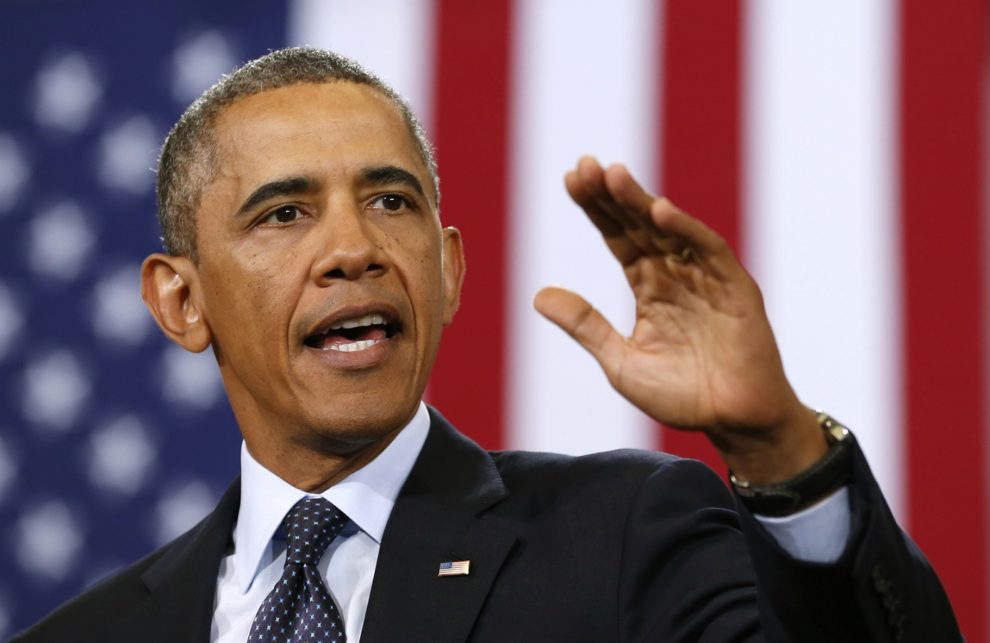 There is a reason they call Obama the “Deporter In Chief.”

If you remember the horrors of the second Bush administration, then you know how elated a large swath of this country was at the prospect of a new, young, seemingly progressive president. Obama resembled so many of us, and his background was like so many of ours—mixed, a touch of ethnic ambiguity, and carrying a name that puzzled WASPs from sea to shining sea.

Beyond his identity being aligned with that of minorities, he proposed policies that sharply diverged from the comically regressive policies of the nightmare that was the Bush administration.

From proposing to end the Iraq War to dealing with climate change, Obama’s message of hope and change resonated with progressives and especially blacks and Latinos. But while Roscoe’s Chicken and Waffles may have an “Obama’s Special,” his presidency was anything but special for blacks and Latinos.

President Obama was elected under the pall of a recession wrought by a runaway financial industry and lack of oversight over mortgage-backed securities. While it’s not necessarily in the president’s job description to overhaul the economy, he or she can play a significant role in emergencies.

This was especially unfortunate for minorities. The recession not only had a greater effect on Latinos and African Americans to begin with, but the recovery has also been ethnically uneven, with whites showing far greater progress when it comes to the recovery.

Not to mention the fact that Obama and his Justice Department failed to prosecute any Wall Street bankers for felonious actions, of which there were many, and in fact never really attempted to pursue those scofflaws. In the face of widespread suffering experienced by the blacks and Latinos who helped elect him, Obama chose to kowtow toward the big banks that gleefully eviscerated our economy.

On top of his shameful actions regarding Wall Street, Obama earned a reputation as “Deporter In Chief.” President Obama did enact DACA in 2012, but for someone who promised major immigration reform in the first year of his presidency, it was a major disappointment.

Even more disappointing was his vigorous deportation of more than three million undocumented immigrants, coupled with his administration’s acceleration of family detention, possibly paving the way for Trump’s ghoulish family-separation policies. He was later credited with doing more during his second term, but by that point he had already broken campaign promises and innumerable Latino homes.

His record on civil liberties, furthermore, has frightful implications for every ethnic group in this country, but especially for blacks and Latinos. Yes, Obama successfully ordered the execution of bin Laden, but he also successfully had American citizens killed abroad via drone strike without due process.

All of this was in addition to the NSA spying on millions of Americans, particularly Muslim Americans. The Americans killed by U.S. drone strikes Obama ordered were also Muslim, and there were also other programs of Obama’s that specifically targeted Muslim Americans. These actions (often via executive order), are not only terrifying for Muslims, but for other minorities who often lack the political power and wealth to be able to fight back, especially in court.

In the end, Barack Obama, as thinkers like Cornel West describe, is a neoliberal who favored the interests of Wall Street and the arms sector over the interests of ordinary Americans. His legacy is particularly painful for blacks and Latinos, because for once, we had a president who resembled us.

That’s one of the problems with identity politics, though—people who look like us don’t necessarily care about us. Nowadays, Obama’s largely taking a hands-off approach to the Democratic primary, having not endorsed a candidate, but he allegedly vowed to help deter Bernie Sanders if Bernie looks like he’s pulling away from the primary pack.

Barry’s being Barry. It’s time for us to be us.

No, You Aren’t Entitled To The Chicano Experience
From Hong Kong To Chile, Twitter Is A Tool For Freedom