Home » No, You Aren’t Entitled To The Chicano Experience 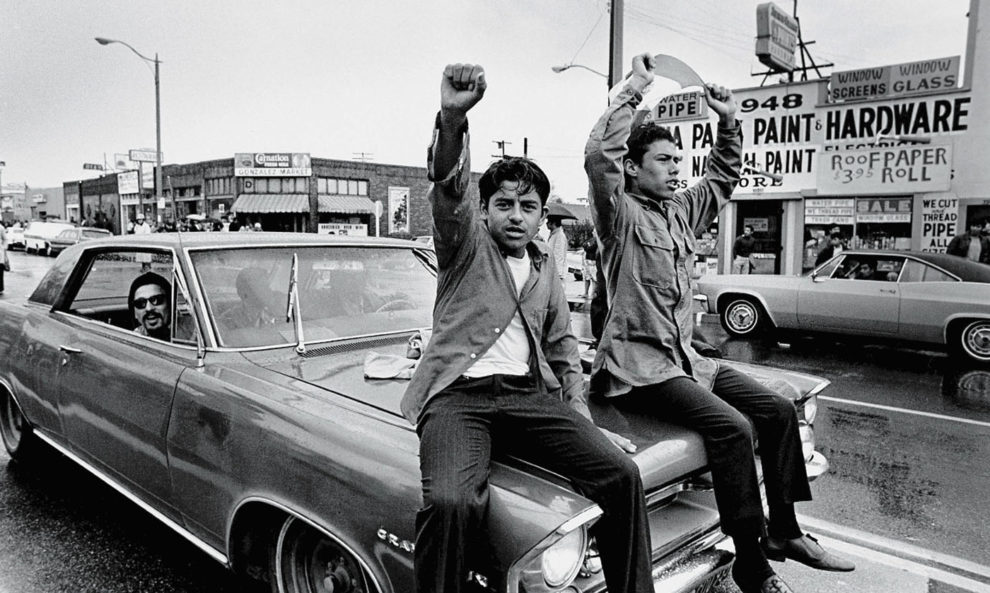 Brandon Loran Maxwell @brandonlmaxwell
Mexican Americans have a unique history with the United States that other Latinos simply don’t share.

The vote was just the latest of several changes made to Chicano Studies departments across the country over the past year.

In April, multiple chapters from MEChA (Movimiento Estudiantil Chicanx de Aztlán) voted to drop “Chicanx” from their name, arguing it has homophobic and sexist connotations. And in October, the MEChA chapter of the University of Portland voted to change their name to the “Latinx Student Union.” I wrote about the former earlier this year in a post the went viral here.

But this incident feels particularly disappointing. Not because the students that complained the loudest got their way—as usual.  But because the change was facilitated by Chicano studies professors who seem more concerned with appearing “woke” than devising an actual long-term solution to a legitimate problem.

I say this because the change solves nothing. On the contrary, it creates more problems. Not just for Mexican Americans and Chicano Studies, but for the Latinos who advocated for the change to begin with.

That sounds like a really long department name. Worse, a really watered-down version of Chicano Studies—which is what happens every time a new region or country is incorporated.

The real problem in universities isn’t the existence of a Chicano Studies program, but the non-existence of a comprehensive Latino studies program. And to this extent, the faction of Latinos who are advocating for change have a legitimate grievance that deserves to be heard.

But even if most universities did offer a comprehensive Latino studies program, Chicano studies would likely still exist as a standalone discipline because Mexican Americans have a unique history with the United States that other Latinos simply don’t share.

This isn’t a matter of opinion. This is a matter of historical record. And to pretend otherwise simply to avoid hurting someone’s feelings is not only intellectually dishonest and does a disservice to Latinos, but epitomizes everything that is wrong with the state of academia.

As I wrote in April:

These events were momentous and can’t be ignored. Their remnants are all around us. And Chicanos—not “Latinos”—deserve credit for what they specifically achieved and overcame. As do all cultures and nationalities for their own achievements. But in either case, erasing or lumping everyone together with generic terms is a slap in the face to those who fought to be distinguished.”

Why? Because I’m not entirely convinced the attacks on Chicano Studies are rooted in equity and inclusivity, but rather the product of ignorance, jealously, and animosity—something I find ironic considering Mexicans still absorb the brunt of attacks on behalf of other Latinos (El Paso anyone?).

Of course, all of these statements are ignorant, reductionist assumptions. But perhaps few things are more asinine than the notion that Chicano history and culture can be changed or adapted to fit fleeting PC narratives of the moment.

“Mexican Americans have a unique history with the United States that other Latinos simply don’t share.”

One of the more perplexing Twitter threads I recently came across online was of students complaining that Chicanismo “should be more inclusive” of Latinos who aren’t of Mexican descent.

Also to be clear: Each nationality has its own rich culture and unique history. Why latch onto someone else’s? Part of the reason Chicano culture became so appealing to begin with is because it was steeped in pride and came to fruition organically over the better part of a century.

There was nothing contrived about it.

But the saddest part of all this is that Latinos of Mexican descent and other Latinos should be allies, not adversaries. After all, many of us—including myself—come from families that embody a complicated mix of various nationalities. Many of us share the same neighborhoods and circles of friends. Why are we looking for reasons to tear each other down?

As usual, it starts with academia.

There is nothing I would love to see more than a comprehensive Latino Studies program at every university. It’s something we should all work toward. But until that day comes, the answer isn’t tearing down what others have already worked hard to build. The answer isn’t highjacking what others are still working hard to sustain. The answer is forging a new path that stands on its own appeal and merit.

Trump’s Impeachment Is A Great Start, But There Is Still Work To Do
Why Obama Was a Disaster For People Of Color