Home » Trump’s Impeachment Is A Great Start, But There Is Still Work To Do 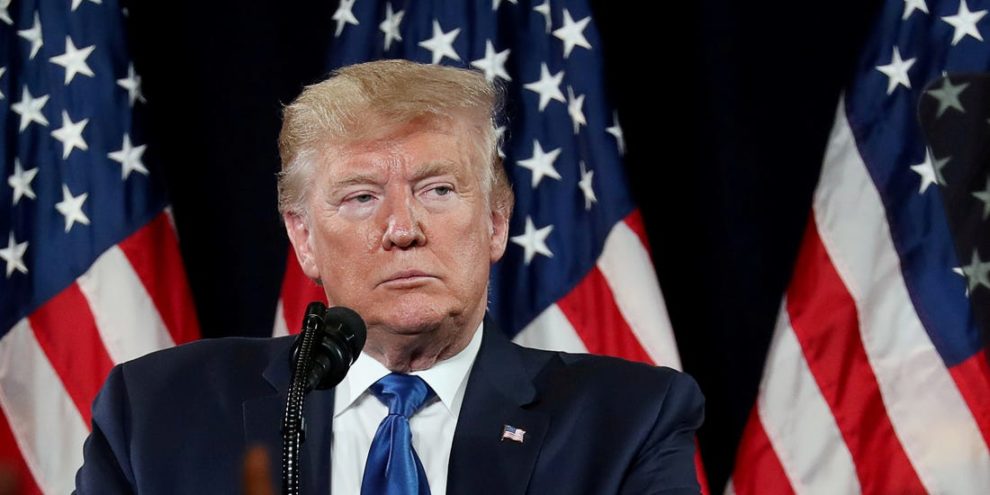 Leonardo Poareo nardrageous
The country is facing a lot of problems, and not all of them will be solved by impeaching Trump.

It’s really happening. It appears that articles of impeachment will be issued soon against President Trump. The Senate is not expected to convict Trump, however, so we will likely have to wait until the general election in 2020 to see what becomes of our Constitution-averse president.

Trump should absolutely be impeached for his transgressions, but the fact that he was able to get elected and engage in egregious corruption on a daily basis as president is proof that beyond impeachment, we have plenty of reforms to craft in order to rid ourselves of oligarchic rule.

If we care about things like law and order, we should all be celebrating the fact that the House is underway with impeachment hearings. This was a long time coming, seeing as how Trump shows disdain for the Constitution, as evidenced by his violation of the Emoluments clause.

Trump is the very definition of a kleptocrat, as he’s using his unique position as president to profit by maintaining ownership of his businesses. His businesses indeed have foreign dealings, as evidenced by Saudi Arabia’s patronage of his hotels.

The emoluments clause is vitally important, as a president’s decisions should only be based on the nation’s interests. What we have now, though, is an executive whose decisions can’t be trusted.

Just examine his curious abandonment of the Kurds, which benefitted the Turks, all while he conveniently owns property in Istanbul. Yet Congress has only chosen to act in this instance with regard to Ukraine. Their inaction with regard to emoluments serves to legitimize such violations and serves as a troubling precedent for future executives.

No matter what happens with this impeachment saga, Trump will eventually be gone. A rethinking of the presidency is in order. The Trump presidency has displayed just how much power the executive branch has these days. We see that the legislative branch passes little meaningful legislation, instead taking its cues from the president, who issues executive orders like meter maids issues parking tickets.

There are reasons for this, including the fact that it’s safer for legislators to rely on a president and not assume political risk in crafting legislation themselves, hyper partisanship, and an overall centralization of the federal government that’s been spurred by both traditional progressivism and neoconservatism.

But there are steps we can take to achieve a system of government that’s not as prone to executive abuse and partisan gridlock. We can expand voting rights and rid ourselves of the scourge of voter suppression and hyper-partisan gerrymandering, as a first step. Then, we can look at alternative models of voting, from proportional representation to sortition.

There is also the issue of the economy, and its control at the hands of Wall Street and elite interests, not the least of which is the arms industry. All of these problems existed before Trump, and they will continue to exist when he leaves. As many have said, Trump is not a cause of our national dysfunction, but a symptom of it.

That being said, we live in dangerous times. Along with the constitutional crisis Trump has wrought due to his impeachment obstruction, the U.S. is facing a huge legitimacy crisis– rampant inequality caused by an inherently unstable economic system, elections stolen by the right wing, and a two party system that everyone at your holiday party agrees does a lousy job of representing us.

Some of the more radical among us say that change will only happen if we take to the streets and truly disrupt the systems of power. This can include shutting down streets, bringing work to a grinding halt through massive sit-ins or strikes, and continued protest.

Yet this course of action can be quite problematic. We’ve already seen how the state effectively crushed the Occupy Wall Street movement, and of course, there is the rise of neo-Nazis clashing with counter protesters in the streets. All of this means that the road to reform can get nasty, and even bloody. The question remains how to pursue widespread reform while causing the least amount of suffering. This is a question that will haunt us far after Trump has gone.

Purging ourselves of the cancer that is Trump, then, is a worthy goal, and one that we should aim toward. But pretending that he is our main problem does us a disservice in the long run. Our nation is facing problems that have been decades in the making and will take time and serious contemplation to overcome. Bernie will not save us, nor will Warren or any other candidate. We’re going to have to be our own saviors.

Mexicans vs. The Woke Industrial Complex
No, You Aren’t Entitled To The Chicano Experience