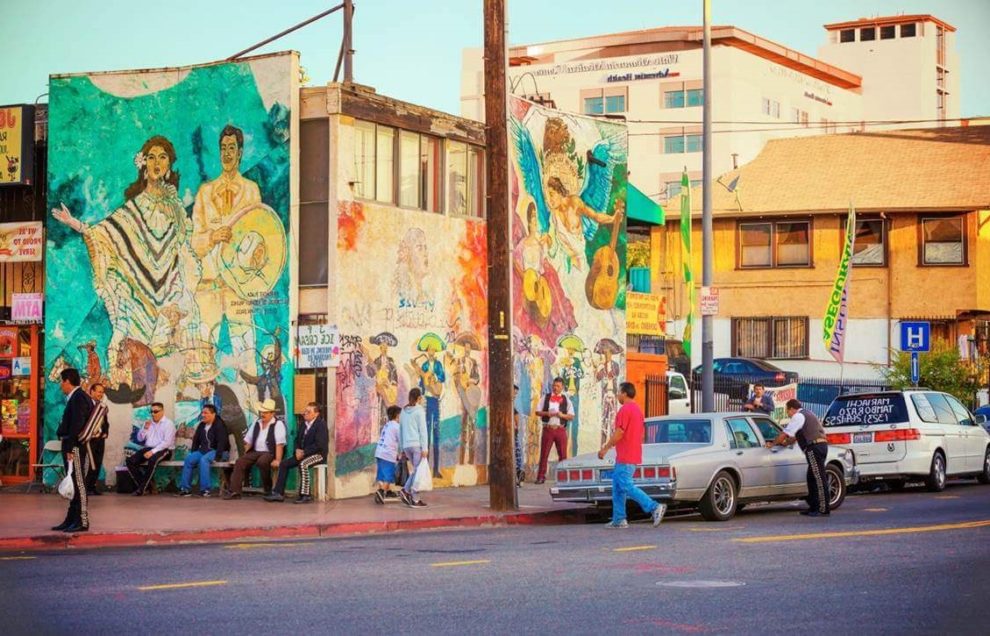 Los Angeles—with all of its glitter and haze is perhaps one of the most misunderstood cities in the world.

From television and film, Los Angeles spans the geographic plane of the Hollywood Hills and Silverlake Blvd. The stories all too often are written, acted, and directed by transplants. The formulaic narratives convey the city as one of white people having brunch and downing their endless whiskey at The Thirsty Crow.

For Angelenos, present day Los Angeles reads like a page off of the script from the 1997 disaster flick, Volcano, except with more diversity, always in fashion, and much younger. Against the fiery skies, young Angelenos hand out frozen water bottles to the unsheltered.

“Much of the strength of these charters comes from dismantling the hierarchical notion that credentialed teachers and administrators are the sole guardians of knowledge.”

Stories in the news lament how students are in a constant state of loss because they are taking a break from college. As someone who took almost a decade to complete college due to poverty, I have all the faith in the current generation of low-income students that they will achieve their dreams as they build tomorrow in the present.

My experience as a charter school French teacher and 1st grade Teacher’s Assistant showed me that students actually learn more when they have meaningful engagement with the world. Kids want to talk and also be listened to as they connect to their surroundings on their own terms.

Reuters recently covered how children and their families who live in poverty in spaces like Kenya, Nigeria, and Mexico are finding new ways to learn. They are fearlessly connecting to the world around them by learning from television. Kids are learning new worlds from their living rooms as governments around the world provide English language learning through T.V.

Charters get a bad rep from public schools cliques—but my gaze is a little different. No charter system is alike. Having worked in two separate charter systems, KIPP and Citizens of the World, these two systems may very well provide a pathway to free-thinking. Much of the strength of these charters comes from dismantling the hierarchical notion that credentialed teachers and administrators are the sole guardians of knowledge.

After school programming, enrichment, and ample teacher’s assistants in the classroom disrupt the very notion that education should be reduced to a formula of state tests and core curriculum.

Not every student yearns for a career. Some yearn for the freedom of entrepreneurship and service. Teacher’s Assistants and Enrichment educators provide this outlet for students who simply want more than the accolades of high marks on a test.

In our current era of online education, this shift in format has taken a blow to marginalized communities first. For parents who work multiple jobs, after school programming provided a space for their children to learn how think beyond common core curriculum.

“How we choose to interpret words can transform the world. Language isn’t just a journey, its the key to responsible tourism to other spaces.”

The ever-changing complexities of poverty continue to shine the light on the need not for reform in education, but a culture renaissance that centers the question: How does cultural knowledge push forward free thinking and authenticity?

I taught Middle School French at KIPP Los Angeles Prep in Boyle Heights in 2013. Having been a product of public-school education my entire life, I was amazed how vibrant and hip charters can be. Growing up in the suburbs of Southern California, I rarely saw a teacher who wasn’t white.

KIPP LA Prep in 2013 was staffed with a diverse range of educators. From the tatted out filmmakers who taught kids the art of filmmaking, to the science teacher who had a vintage arcade machine installed in their classroom, to argue that knowledge should be contained to a textbook takes the utter joy and coolness of learning new ways of seeing the world.

I was fortunate in charter schools, I could rock my blue hair, Doc Martens, eyebrow piercing and Levi denim jacket with a tattered Miles Davis t-shirt—all in celebration of expressing the self through fashion. In the classroom, kids listened to Odesza and Ellie Goulding on low volume during their hour of homework completion.

KIPP LA Prep in Boyle Heights has a student population that is overwhelmingly Chicano and Central American. By the end of the term, through collective learning, they did not dream of traveling to France—they strategized with their families a pathway to college to enable their travel.

Together we spent the term exploring a shared theme in Boyle Heights and France: gentrification and the pain and hope that comes with that process. Through the power of literature, Angeleno middle schoolers found that the global adolescent walk similar paths.

As gentrification dawned in Boyle Heights, students in their navy cardigan sweaters and navy blue pants, plaid skirts, and pressed white button-up shirts worked through the anxiety of change as they read excerpts and collectively discussed the book, Kiffe Kiffe Demain by Faïza Guène.

The Algerian author wrote the book while she was a teenager. The book is written from the voice of 15-year-old Doria, a Muslim Morroccan who lives with her single mother in a public housing development a few train stops away from Paris.

Against the backdrop of a world were gambling and odd end gigs define success, Doria looks to American television shows to dream of a world beyond her present circumstances. American popular culture, ranging from TV sitcoms to game shows, keeps her dreams alive because it transports her to worlds that look different from her own.

The book provides a glossary of French Arabic spoken throughout Paris. For instance, the expression Kif Kif in Arabic means same old same old. In French, the verb kiffar means to like something.

The title Kiffe Kiffe Demain translates loosely to how the novel closes, hope for tomorrow. Doria by the end of the novel begins to write a story that breaks from her past. She comes to see that unsurmountable changes that come with adolescence are meant to pave the way for tomorrow.

Language learning in the United States is taught through rote learning or memorization. This often can make language feel distant from learners because it is reduced to formulas.

It also isn’t the language of the everyday which is rooted in slang. Like Doria’s Paris, Boyle Heights has its own slang. It’s a beautiful blend of “Hey, What’s up?” “And pero like”—East Los Angeles Spanish and Southern California English blend together in harmony.

How we choose to interpret words can transform the world. Language isn’t just a journey, its the key to responsible tourism to other spaces that are different from your own.

As we discussed Kiffe Kiffe Demain we also studied Middle Eastern street food as kids shared their love for hot Cheetos and palettas at picnic tables during outdoor classroom discussions (a mimic of French cafe culture). We collectively came to the conclusion about the importance of talking and listening to each other during the act of sharing food. It helped us collectively to build new ideas and encourage learning as a team.

As adults lament on social media that kids may not be getting a “proper education” now that they are no longer in the classroom—I look to the Angeleno youth taking the streets with face masks on fighting for their version of Kiffe Kiffe Demain.

I can’t help but wonder that maybe universal health care and a Green New Deal could be a reality if we loved tomorrow as much as youth do. Here’s to tomorrow and the power of learning beyond a world of textbooks.

The Mexican-American War Explained
From Bruce Lee To Gossip Girl: The Politics of “Adulting”