Home » From Bruce Lee To Gossip Girl: The Politics of “Adulting” 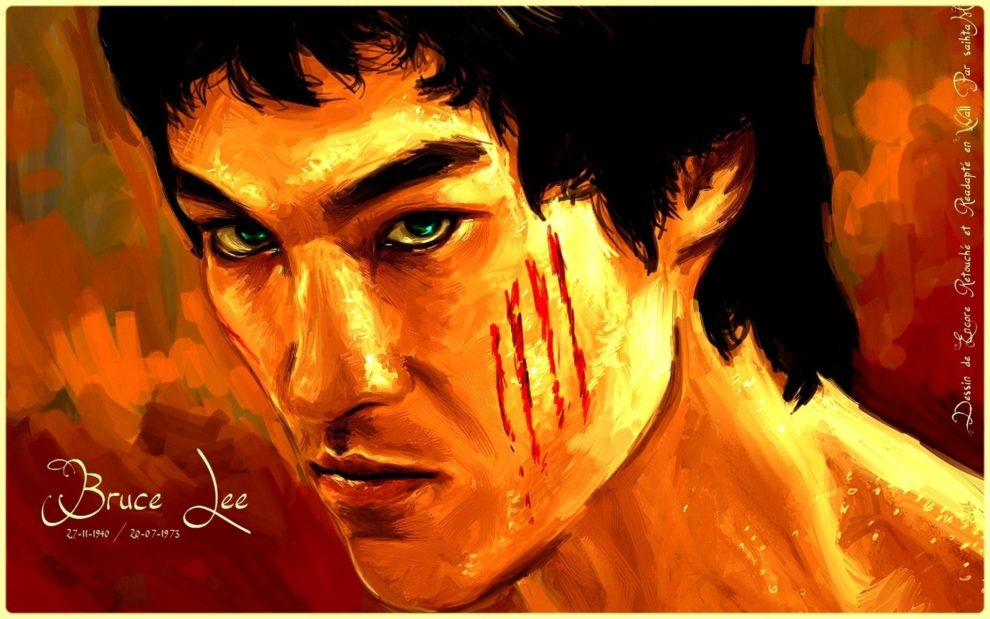 Lucy Tambara
Life is full of wisdom and lessons from unexpected places.

Growing up economically poor in a small-town, I felt as if my universe was constantly in expansion.

I had open access to ample public libraries. My choice of books felt endless. In high school, I had the luxury of my first job working in retail in a family-owned and managed running specialty store.

This allowed me to have rows of running shoes purchased at a steep discount. This enabled me the chance to participate in community runs. My entry fees were free of charge because local specialty running stores always sponsor these community-building events.

Running on an open road is the ultimate expression of freedom.

“I had no TV in my room growing up. Instead, I studied the writings of Bruce Lee. Lee’s writings are a blueprint for walking a path of fearlessness and ambition.”

Bored in my AP English courses, I began to read a lot of books about the ultra-wealthy and well-connected. As the class waxed poetic on a Tale of Two Cities, I traveled elsewhere. I read the masterpiece for taking down corruption in all of its manifestations, The Bonfire of the Vanities by Tom Wolfe.

During my years of high school, all I dreamt of was the ability to travel and write. I wanted to help reverse centuries of greed and corruption that robbed the majority to fully achieve their dreams.

I was an ambitious teen. I was the editor of my high school yearbook, ran communications for student government, and studied Isshinryu, an Okinawan form of marital arts. I also worked on the weekends.

My ambition was carefully cultivated by my mother. She was strict. My outfits had to be perfectly coordinated, never on trend. I always arrived on time for appointments. During summer vacations she had me volunteer in a public-school kindergarten classroom. (In the 1990s, that was totally the thing for poor kids to do in small-town Southern California.)

My mother wanted me to be around women who had full-time jobs outside of the home. My mother a full-time housewife, she wanted her children to see the full-range of adulting.

While some might think I lost out on my childhood. I did not actually. I knew once I was 18 my dance with independence would begin. It did. I lived a life of reckless abandon from 18 to 35. As I battled co-dependency, I always found a way to break-free from people, situations, and locations that no longer added to my story.

In college, I came of age studying the show Gossip Girl. I saw a bit of myself in every female character. I had my stories where I was spacey Serena who was chased by Dan. I was Blair who couldn’t shake my Chuck Bass as I cried in Paris.

The characters in the show are unredeemable because their communities were built on take-downs as opposed to building. The show is iconic for it’s stark commentary of the impact of social media in elite private schools before Twitter.

“The show Succession serves as a cautionary tale for the poor—money in onshore bank accounts does not guarantee recognition, value, or even community.”

Currently, my family and I are die-hard fans of the HBO show, Succession. As we watch each season with laughter and outright mockery, it has been one of the brighter points since returning home.

My family has always known that wealth has nothing to do talent—it’s about being given a succession of opportunities. If there is no opportunity, what is someone supposed to do?

Opportunity for my grandfather certainly was not working for the Los Angeles Department of Water and Power. He tried during various points in his life be his own boss. But, he invested his money in a home.

From the New Yorker to Home & Country, there has been one character in particular on the show, who has been applauded by elite critics for her toughness, Shiv Roy. Shiv Roy (a role masterfully executed by Sarah Snook) is a character that mirrors the eldest only daughter in most families.

As the family celebrated the sons for carrying forward the family name, Shiv does all she can to protect it. Shiv can’t catch a break on the show because her attempts for recognition of her role as a fixer go unnoticed. Shiv Roy, the elites argue punched down because she was a political consultant. She spent much of her life putting out fires, but neglecting her own.

The show Succession serves as a cautionary tale for the poor—money in onshore bank accounts does not guarantee recognition, value, or even community. To be fearless isn’t to look for recognition. The heroes are a harmonic melody of sinner and saint. They are the black sheep of their families.

They often break ranks because they need to learn the meaning of independence. They are the misfits who fall often but always catch themselves.

Like Shiv Roy, I am the helper and advisor in my family. I write the strongly worded letter to unions. I was given the honor to leverage my power: to write and read the eulogy for my Japanese grandfather as he was laid to final rest.

My father penned the obituary for my grandfather’s favorite paper, The Rafu Shimpu. This is the least I could do as the helper. My parents both believed the key to democracy was to fight against the tyranny of censorship. I had no TV in my room growing up. Instead, I studied the writings of Bruce Lee. Lee’s writings are a blueprint for walking a path of fearlessness and ambition.

Shiv and I diverge in character plot because I broke ranks. Shiv has yet to break free from her family. I had no contact with my family for decades. I skirted in and out.

I didn’t do this because I was an emotional mess. Though I spent a lifetime telling myself that was the only story—I departed because I simply had to go on my own journey. It turned me from the child wanting recognition, to the adult who found her way home. From 18 onwards, the tension between democracy and authoritarianism unfolded before my eyes.

Are the ghosts of my past still with me? Absolutely, as they should be to guide me on my way. My past was so fiercely independent that I lacked structure. The slogans that sell us on independence argue it is something worth fighting for. There’s no fighting, it’s a path taken. You either do you don’t.

We are always given the chance to shapeshift our journey. This may sound bizarre considering politically I am an Independent. Being a political Independent simply means I value human and environmental rights. I vote. I believe in democracy. I am staunchly anti-corruption.

Back in Loma Linda, my gonzo way of looking at the world remains with me. My mother goes to work as an essential worker as my father enjoys his well-deserved retirement as he watches PBS cooking shows and we chat about politics, family history, and food as I write.

In Los Angeles, my brother makes our deceased grandparents proud by caring for our multi-generational home. It’s interesting how the script flips when the poor write their own cultural criticism and redefine what succession truly means.

Kiffe Kiffe Demain: Boyle Heights Travels to Paris
Perspective Is Everything In The 21st Century