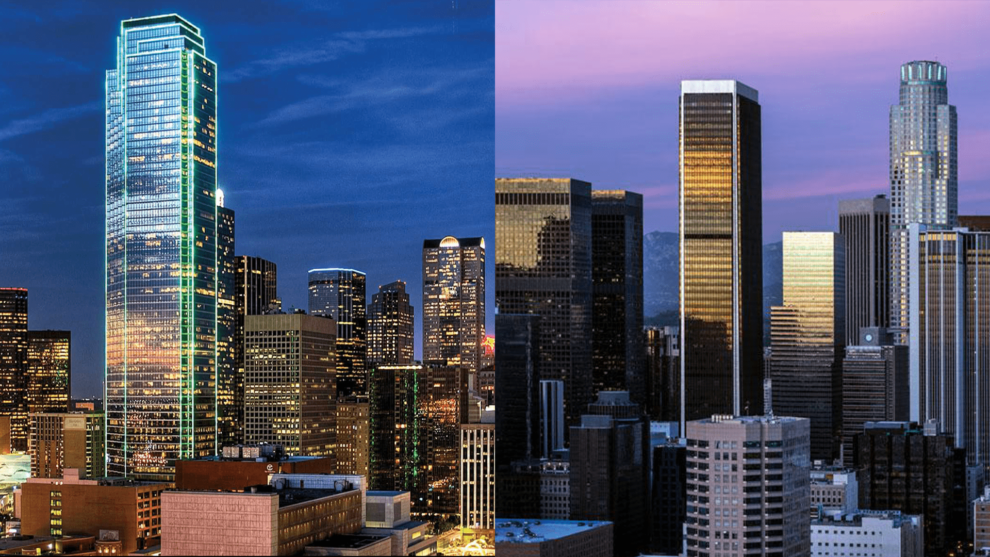 Leonardo Poareo nardrageous
California and Texas are different, but not necessarily because of ideology.

California and Texas. The two largest states provide fascinating studies in contrast. But while it’s not obvious which state is more desirable to live in, there are plenty of complications that have nothing to do with the traditional right-left paradigm.

The outflow to California has been known for a while, but CalMatters reports that in particular, the working class tends to move to states like Texas, no doubt due to affordability. The population growth rate has fallen for California, but the population is still growing, just not as fast.

Proportionate to its size, the state’s departure rate is lower than every state, according to CalMatters. Couple that with the fact that there isn’t a mass exodus of millionaires, and you would understand that Texas is not going to upend California’s reign anytime soon. But it could, and for very simple reasons.

And, it might present more opportunities for the average Latino family.

It turns out that the Golden State is oftentimes fool’s gold for Latinos, though both states have the same proportion of Latino residents (40%). The Insight Center reports that more than half of Latinos in the state have a difficult time trying to cover the most basic of expenses (housing, food, utilities).

But wait, Texas is not exactly a working-class Shangri-La. More than 20% of Texans lack health insurance, partially as a result of the state’s refusal to take part in the ACA’s Medicaid expansion program. In California, this figure is around 9%.

Big businesses may move to Texas for its lack of state income tax, but then there are other factors to consider, such as location to markets, adequate workforce, labor costs (private-sector unions have a small presence in Texas), regulations, and other factors, including real estate costs.

It’s clear that Texas has advantages over California in many of those areas, but taxes are not at all foremost. The housing crisis in California likely makes it more difficult to attract and maintain a stable workforce, something that works in Texas’s favor. Other than that, it’s not evident that regulations have had much to do with the exodus. After all, if regulations were always better for business in Texas, why haven’t companies been steadily moving there for the past few decades, controlling for other factors?

Let it be known, however, that what Texas has been doing in luring big companies to its lone star is in effect the modern-day equivalent of the antiquated economic-development method of “smokestack chasing,” something that southern states used to do quite a bit of during the mid 20th century. It’s not a particularly effective long-term strategy for economic growth in and of itself. What drives economic growth in the long-term is fostering robust, connected cities or suburbs where people can agglomerate and innovate.

In order to do this, there must be a reasonable cost of living, access to services, and reasonable wages. The idea is that in this type of condition, a variety of economic sectors will thrive, so that the state doesn’t have to rely on one major industry.

What the case of Texas reveals is that basics matter. Not to mention the psychological effect of luring so many businesses to its borders. The poaching strategy as a whole may not actually serve as the economic supercharger so many often claim, but it will reinforce its hubs in cities like Plano and Austin, and provide an incentive for skilled middle-class workers to move within its borders.

The question for both states going forward is how much their efforts will do to combat wealth inequality and foster growth among the working and middle classes. Both states appear to be struggling with that, but for different reasons. California is too expensive, and Texas doesn’t place much of an emphasis on worker rights and labor unions, nor is it a fan of raising minimum wages.

One might argue that the case of Texas represents a full-hearted embrace of neoliberal, trickle-down economics masquerading as “business-friendly” policies. Trickle-down economics, though, works for some, and doesn’t at all work for others. Seeing as the state is indeed turning more purple, progressive policies are likely to follow (just look at Austin and large areas of Houston and San Antonio).

If you’re a middle or working class person expecting Texas to be an oasis of low taxes, you’re going to be disappointed. The middle and lower classes in both states pay roughly the same proportion of their income in taxes, but in Texas the wealthy and ultra-wealthy pay much less.

Principles of good budgeting and good tax governance dictate that states and localities should have broad tax bases that don’t overly rely on any one industry or income bracket, while having a diversified economy. While both states are on par with regard to diversified economies, California’s tax base isn’t quite as broad, as the state relies on the income of the wealthy, particularly capital gains taxes. This can be a double-edged tax sword, as the income of the wealthy can be quite volatile.

Then, there is the perennial problem that states are having funding pensions. Unfunded liabilities are affecting both California and Texas’s major pension funds for public employees. Myriad factors are likely at play for both states: previous investment assumptions weren’t realistic, employee contributions to pension funds weren’t high enough, and retirees are putting more pressure on the system.

Not to mention Wall Street’s role in influencing pension funds by selling exotic and unreliable investment products. Both states are suffering due to COVID, and will face budget deficits that cannot be fixed with simple belt tightening. What’s evident is that in recent history, Texas has not had a clear advantage over California in this area.

It’s a mixed bag when comparing the two states on issues of quality of life. As of 2017, California ranked ahead of Texas in violent and property crime, according to U.S. News and World Report, and the Economist reports that California ranks above Texas in educational outcomes.

The Lone Star state is also known for its wild weather events and holds the title for the most of these events in the past 40 years, according to the National Oceanic and Atmospheric Administration. California, of course, has wildfires, which appear to be getting increasingly more intense as the years pass on.

And then there’s the “Big One,” the prospect of an impending earthquake that can happen any second, and we all know that when mammoth earthquakes happen in California, they do more damage than Reaganomics.

Texas beats California in housing, just as every state in the Union does. If one takes housing costs into consideration, California has one of the highest poverty rates in the nation, which is no surprise given the fact that the vacancy rate for rentals and for homeownership is far below the national averages. Land is expensive, and there are reports that there’s a labor shortage of qualified construction workers across the state, increasing costs even further. This has caused rents to continue to rise among the coastal areas, further pinching working families, and especially Latinos.

There are multiple causes to this problem, which has been decades in the making, much of them due to NIMBYISM that’s created restrictive zoning laws throughout the state. There’s much debate over whether California’s landmark environmental legislation, CEQA, has made it too easy to raise lawsuits against new projects, but it’s inconclusive whether this has actually been the case.

In any event, California is in for decades of slogging through this crisis until housing supply can meet demand, and thus render prices reasonable, further eroding the state’s quality of life. Texas, with its abundance of buildable land and commitment to building, does not have these exact problems.

Texas and California will forever be rivals. They’re geographically and populationally huge, they’re diverse, and they’re economic powerhouses. But to assign differences to long-standing differences of ideology is absolutely preposterous, not only because the states have had long traditions of both Democratic and Republican values (LBJ was a Democrat and Reagan was Republican, after all), but because state politics is the function of a variety of different political actors from different regions within those states.

Currently, both states are suffering due to the COVID-19 pandemic, but after this, given their economic dynamism, they will have a chance to rebound.

If California wants to maintain its hegemony and overall livability, it will have to focus on building more housing, which it seems to be attempting to do.

If Texas wants to become a bastion of the American working class, it will have to tamp down on its trickle-down smokestack-chasing habits and protect its workers via state minimum-wage increases and expanding Medicaid so that its residents have better access to healthcare.

Is “Latinx” Still Used? Only By 3 Percent Of People