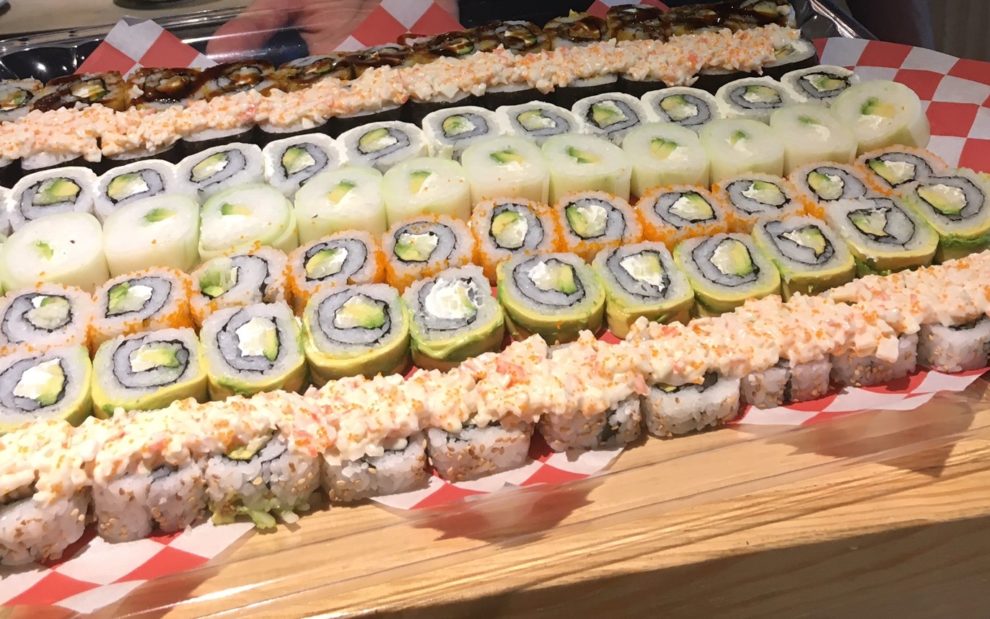 Agustin Eliab Juarez
Who said there was only one way to cook sushi?

There is a young Mexican Chef who originally wanted to become an architect and attended a university, but after two years, left school to work in his brothers’ Japanese restaurant in Guadalajara.

He went to work not because he didn’t love architecture, but because he realized midway through his studies that he loved cooking, food and the restaurant business more.

Now Ernesto is the Chef and owner of Atarashi 33, a small four table Sushi Café located just across the border where Colonia Americana rests.

The Café has a long Sushi Bar created with a handmade, blonde wood counter like traditional Japanese restaurants, only expertly made by Ernesto’s father. The Café is decorated in a minimalist style with accents of linear senses, purity and simplicity.

As you sit, you are presented with a Serrano pepper chile first sautéed in olive oil, and then in a soy sauce.

Some dishes look familiar as expected, yet the freshness in taste is wonderful—like the Tuna Roll Wrapped in Sautéed Plantain. The Cucumber Wrap stuffed with fresh tuna, fried shrimp, crabmeat, and topped with avocado is astounding. And its crunchiness, along with the three fish flavors, pleases the palate.

Ernesto explains that although he is not Japanese by blood, some Japanese customers may walk-in and say “This is not sushi” or that his version is not traditional. But he says he uses his “Mexicaness” to create a new version of sushi.

Years ago, I ate at what is considered to be the best Sushi restaurant in The United States, located in New York City, called Nobu. I learned the chef there also used similar produce to Ernesto, such as chiles, lentils, and papaya—which are not necessarily Japanese in origin.

I’m not comparing Atarashi 33 to Nobu’s greatness, but instead addressing the similarities between the two kitchens. Both succeed greatly, one now an older gentleman, and Ernesto who appears to be not a day over 20.

The chef/owner told me regular customers who walk in, sit down, and ask him to serve them whatever he feels like making that day. Honestly, I did the same upon my first visit. Out of curiosity I wanted to see the chef’s skills.

The next time you are in Guadalajara,  I encourage you to stop by because you will be surprised and fulfilled by whatever choice you make.