Home » 6 Quick Takeaways From The Debate 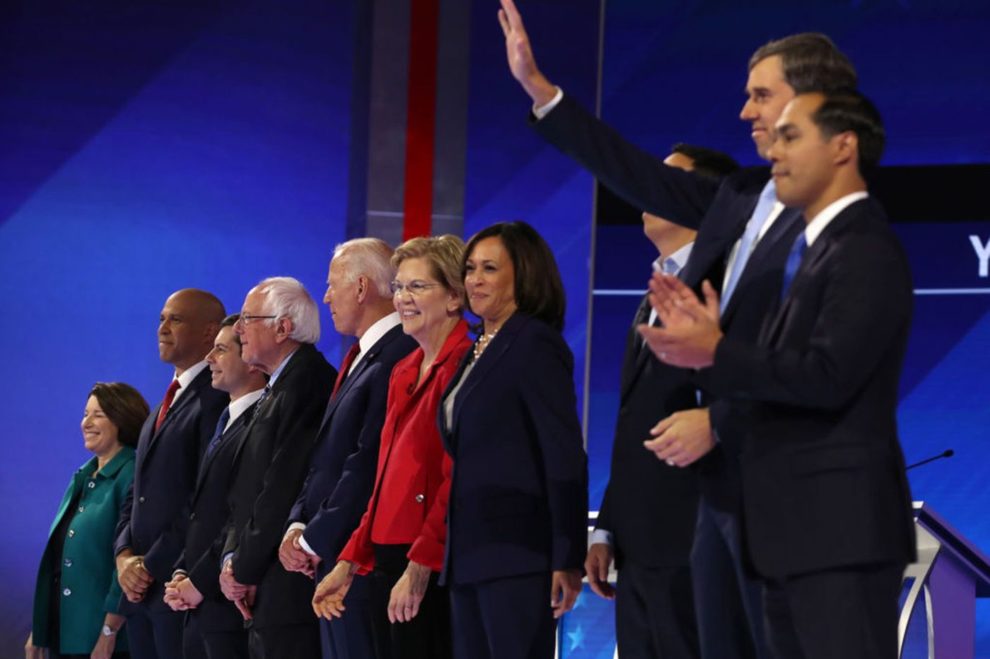 The Democrats kicked off another debate tonight, this time on CNN. The debate was three hours long, but never shy of interesting moments, even if it lacked major fireworks. Below are some initial observations.

Despite recently having a heart attack, Bernie Sanders didn’t skip a beat. In fact, at times he looked more alive than half the candidates on stage. Whether or not this translates into votes is another question. That being said, if there is one thing nobody can deny at this point, it’s that Bernie has staying power.

A handful of candidates tried to go after Warren (most notably Biden), but she didn’t seem bothered much by it, nor did anyone seem to do much damage. Love her or hate her, she knows her policies, and she isn’t afraid to bore you to death to prove it. She also isn’t afraid to throw a few positions in reverse, which never hurts. Can anyone catch her at this point? Time will tell.

Yang thinks he is the mang

If there is one thing Andrew Yang has done, it’s show he’s clever enough to qualify for the debates. Outside of that, he doesn’t seem to have a lot in common with the other candidates on stage (with perhaps the exception of Gabbard). On one hand, he seems reluctant to hold big tech companies accountable, which should raise eyebrows. On the other, he hangs out with truckers who were in jail, which is weirdly admirable.

What happened to Pete?

There was a time when Mayor Pete was a media darling and a serious potential front runner. That vibe seems to have all but disappeared. More often than not, Pete either comes across as out of his depth, or just plain too nice. Stranger things have happened, but the idea he will ever rekindle that flame in the age of social media where legends go to die seems highly unlikely at this point.

Castro is being too cautious

Following the onslaught of criticism Castro received after challenging Biden in a previous debate (which was rather unfair of the media), Castro has since opted for a more passive debate approach. This tactic would probably work if the primaries were closer and he was higher in the polls. But they aren’t, and he isn’t. If Castro wants a puncher’s chance, he needs to start throwing punches. Expect this to change in the next debate.