Home » The Mental Health Consequences Of Hate and Violence 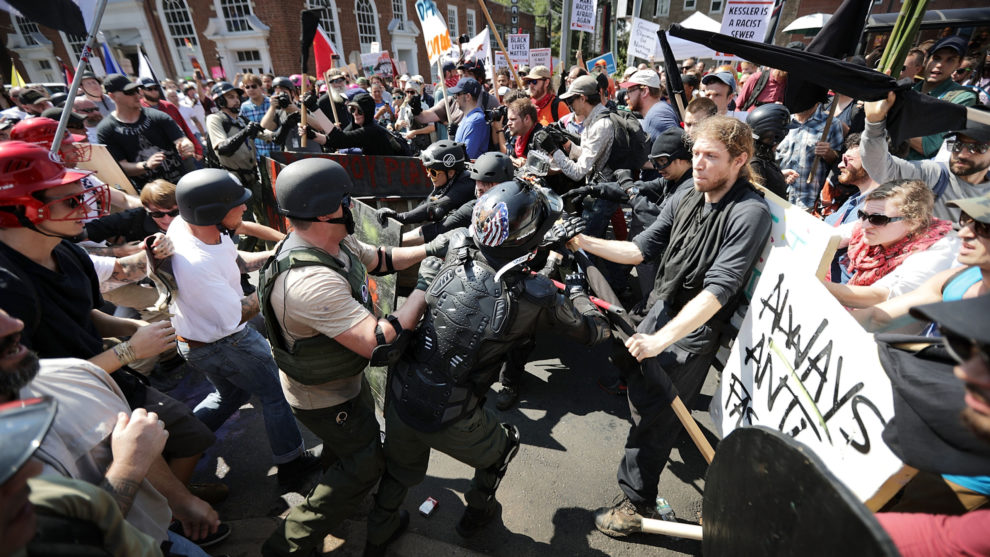 Dr. Lauro Amezcua-Patino
Collective rage in large groups is similar to the rage in individuals.

There are multiple psychosocial factors that lead to both violent and peaceful protests. But as economic inequalities increase, additional tensions are added to the mix.

Unfortunately, these tensions are more prevalent among those of color. Additionally, there is a divide between these groups and those who have sworn to protect and serve these same communities.

This has created social and political processes with real and perceived discrimination by what is seen to be an increasingly power-hungry state.

The fear on both sides provides ample opportunity for interactions during which violations of civil rights, criminal behavior, and fear-based violence may occur.

It also doesn’t help that politically empowered police forces, often supported by powerful and protective police unions, provide a level of protection for “bad cops” who actually do wrong.

This polarization and suspicion of the other, can create a tit-for-tat response from both groups that can easily escalate into violence and criminality.

Cycles of collective rage in large groups is similar to the rage and retaliation observed in many victims of individual abuse. In domestic situations of chronic abuse and neglect, some victims resort to anger and, at times, retaliation as a survival skill with the final intent of dominating the aggressor.

In some cases, aggression is the means to protect themselves from any future abuse. Depending on the individual circumstances and personal history, anger can serve as a protective mechanism which, in some cases, can elevate to rage and destruction.

Chronically neglected individuals will be naturally distrustful of authority and authority figures. They will seek acceptance in groups of people with similar experiences thus producing a larger group of people prone to anger and, potentially, violence.

It is well documented that chronic neglect in childhood frequently leads to aggression and delinquency in adolescence and into adulthood. Our jails and prisons are filled with formerly neglected children, turned malcontent adult.

This phenomenon can be seen in a larger scale with social neglect. For many adults who experienced childhood neglect in the home, the trauma continues by other perpetrators such as authority figures. The state, police, and social support systems are seen as oppressors with the consequent reactive aggression.

This view of such entities as the enemy is hardwired in some of these people and therefore has no accepted logical acceptance. We see it as violent and criminal, while for them it is a fight for survival in countering perceived oppression.

Imagine a peaceful protest interspersed with socially neglected individuals prone to aggressive behaviors on one side and the controlling groups, for whom they already have disdain, on the other. This is a very volatile situation made significantly worse when manifestations of popular injustice bring two potentially volatile groups together with these individual interspersed.

This can allow an otherwise peaceful and meaningful protest to quickly morph into civil disorder. This behavior can manifest on both sides since the police and security groups are in their own way a socially isolated group with reflexive tendencies toward aggression emplaced by their training.

Observe the history of protests in many countries and you will find political operations and social disruptors targeting these events via infiltration in an attempt to instigate non-passive responses and ferment violence.

As a countermeasure, security groups will also infiltrate peaceful groups in order to locate, isolate and remove such instigators from the crowd. Failure to do so can lead to unrest that is then used to further separate these groups. Additionally, political groups will often use these flareups as a political tool to discredit whichever side is not aligned with a certain party or groups paradigm.

I clearly remember during my childhood, October 2 1968, when thousands of students converged in the “Plaza de las Tres Culturas” in Mexico City. Initially a peaceful gathering, members of the special presidential forces started firing from buildings, initiating a massacre in which hundreds of students were killed.

For many years, the Mexican Government accused these students of initiating the gun fire. History has proven this inaccurate. This draconian measure was used to convert a peaceful gathering into a violent one, thus providing an excuse for harsh counter tactics as well as framing the protestors as criminals and the government as heroes.

Sadly, racism and social neglect is real, pervasive, and carries with it many psychological, biological and social consequences. When we add acute stress, social justification in expressing our discontent, and bottled anger, the situation becomes fragile and explosive.

The Psychology Of Violence

There is a psychology to group violence, riots and mob behaviors. Often it is not the group aim of the protesting group itself but the changing situation on the ground where often, “the bad lead the mad.” Each situation is unique. That is why in some areas there is little disruption and in others, rioting. It has been described as a dry plain or forest waiting for a single spark to ignite.

Like many, our bursts of emotion, anger, or violence, the pleasure and release attained is short-lived. Once back to a rational state the ramifications of such actions set in. For many this can exacerbate an ready frayed mental health issues.

Reactions post incident range from long-term depression to PTSD (Post Traumatic Stress Disorder) in the general population of each group.

For vulnerable individuals who may already battle with mental health issued or who suffer from a mental illness, more severe post-indecent behaviors may manifest such as a decompensation of their symptoms, including severe helplessness and increased suicidal behavior.

We are all currently experiencing an overlay of additional stresses to our lives. Political and societal polarization coupled with a deadly global pandemic, increased unemployment, a damaged economy, lack of clear and cohesive national leadership, curfews, lockdowns and protests, it is no doubt a difficult time.

How To Avoid Stress

Lack of control and everchanging challenges can lead many to feel uncertain, exposed, scared and helpless in the face of continued threats.

So, what can one do to quell these feelings?

Fight fear with inner peace and live life as an example to your friends, family and community.