Home » The Census: Every Race Categorization Since 1790 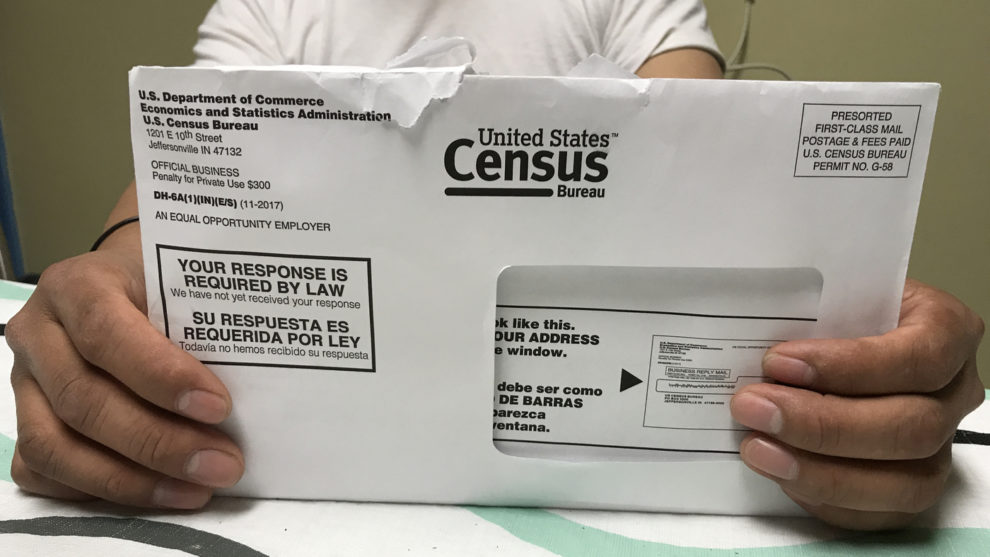 Claudia Araiza
When it comes to race, the census has undergone numerous changes over the past 200 years.

With an April 1, 2020 deadline fast approaching for submitting the 2020 Census, the U.S. Census Bureau has only received about 5 million submissions, representing about 28% of all U.S. households.

One major change this year is that the 2020 Census form is available via phone, internet, and mail. However, one thing that did not change, and still affects many Latinos, is the census question about “race.” For many of us, we simply don’t fit into the race categories shown on the 2020 Census.

Here is a look at the evolution of the “race question” since 1790.

1820
The census added some additional questions like the number of foreigners not naturalized and the second race group appeared as the number of “free colored” males and females.

1870
Other races were added: “C” for Chinese (included all east Asians), and “I” for American Indian (that is, Native American). And a new question was also added asking if the place of birth of the parents was a foreign country.

1880
The question about having foreign-born parents got changed to asking about the birthplace of each parent.

1890
The “color” question was renamed “race” and additional categories were added. The options were “White,” “Black,” “Mulatto,” “Quadroon,” “Octoroon,” “Chinese,” “Japanese,” and “Indian.”

1900
The “race” question was renamed “color or race” and options were relabeled as “W” for “White,” “B” for “Black,” “Ch” for “Chinese,” “Jp” for “Japanese,” and “In” for “American Indian.” Also, for the Native American inhabitants, an additional form was given with specific questions about tribal affiliation.

1920
There was no separate census survey for Native Americans or a question about tribal affiliation.

1930
A separate census survey for Native Americans was brought back and the “color or race” question was added with additional categories (including “Mexican” as a race). The options were “W” for white, “Neg” for black, “Mex” for Mexican, “In” for American Indian, “Ch” for Chinese, “Jp” for Japanese, “Fil” for Filipino, “Hin” for Hindu, “Kor” for Korean, and all other races were to be written out in full.

However, census surveyors were given special instructions for mixed individuals, such as: (1) a person with white and black or white and Native American ancestry was to be recorded as “Black” (the exception is unless the person was considered to be “predominantly” Native American and accepted as such within the community).

(2) A person with both white and Native American ancestry was to be recorded as an Indian (exception unless the American Indian lineage was very small and the person was accepted as white within the community).

(3) for all other cases in which a person had white and some other racial lineage, the person was to be reported with the other race in full; and (4) individuals with minority interracial lineages used the father’s race as the response.

1940
There was no separate census survey for Native Americans or a question about tribal affiliation. But a separate “household” census was given for about 5% of the population to capture additional questions. The option for Mexican as a “race” got removed.

1950
The “color or race” question was renamed “race.” Hindu was reclassified as “Asian Indians,” and Korean was removed.

1960
Individuals could for the first time fill out the census on their own without having the census taker determine their responses, including their race. The “race” question was renamed “color or race” and options got changed.

Options were “W” for white, “Neg” for black, “In” for American Indian, “Ch” for Chinese, “Jp” for Japanese, “Fil” for Filipino, “Part Hawaiian,” “Aleut,” and “Eskimo.” The “other race” was not available. But questions remained about place of birth of the respondent and of the parents.

1970
There was an added question to capture if the respondent’s origin or descent was Mexican, Puerto Rican, Cuban, Central or South American, Other Spanish, or none of these.

Aleut, Ezkimo, and Part Hawaiian got removed as race options. American Indian was renamed “Indian (American).” “Other” came back as an option for race. “Negro” was renamed “Negro or Black.”

1980
The “color or race” was renamed “race.” “Negro or Black” was renamed “Black or Negro.” Aleut and Ezkimo were brought back. Asian Indian and Vietnamese were added as their own options in the race categories.

The added question about the Latino heritage that was added in 1970 got removed and a general question was added to capture if the respondent was of Spanish/Hispanic origin or descent and listed the same categories as in 1970 but removed “Central or South American” and modified “Other Spanish” into “Other Spanish/Hispanic” and “Mexican” into “Mexican, Mexican-American, and Chicano.”

Also, a general question was added to the census asking about a person’s ancestry.

1990
“Other Asian” was added to the race categories.

2000
Respondents were first allowed to identify themselves as being of more than one race. “Black or Negro” was renamed “Black, African American, or Negro.” A whole new category was created for “American Indian or Alaskan Native.”

2010
The census survey got shorter and the American Community Survey was created to be given out annually to a certain portion of the population with more detailed questions about the household. The Latino ethnicity question was re-written as “Is Person 1 of Hispanic, Latino, or Spanish origin?” (with Person 1 being any adult in the household).

For the 2020 Census, the Latino ethnicity question was also re-written as “Are you of Hispanic, Latino, or Spanish Origin?” and the response option for “Other Spanish/Hispanic/Latino” was renamed “Another Hispanic, Latino, Spanish origin.”

With these race options, what is a Latino to do?