Home » Why Is The Movie “Scarface” So Popular? 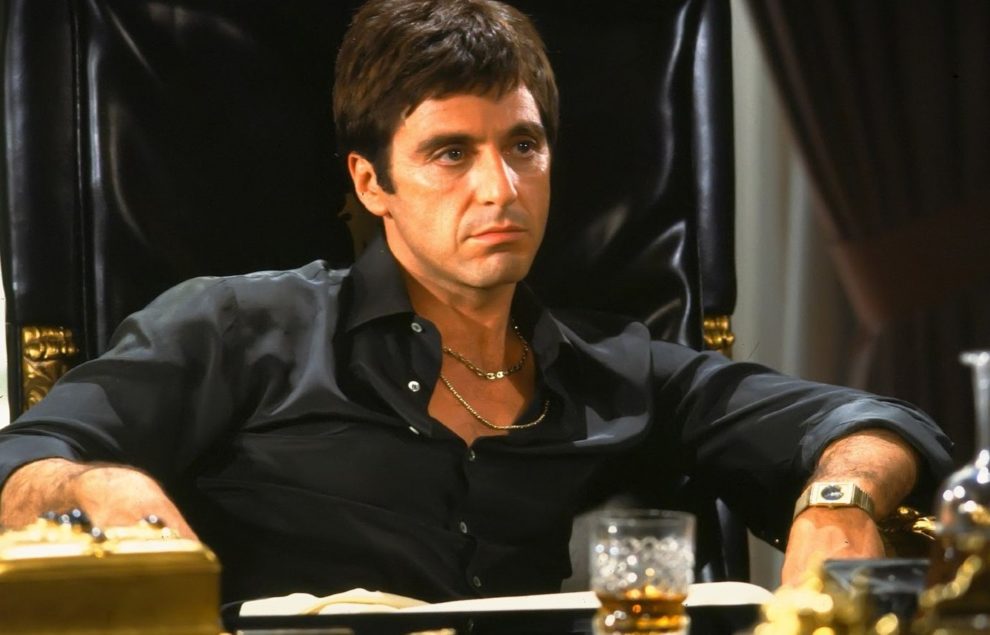 Leonardo Poareo nardrageous
Despite Being filled with misogyny and stereotypes, Scarface still captivates those fascinated by outlaws and the American Dream.

Tony Montana, or Scarface, was one of the first major Latino film characters that people respected and feared. The movie’s lines are oft repeated, people rap about it, name themselves after him (Geto Boys rapper Scarface, anyone?), and awkward teenagers still wear T-shirts with the movie’s original poster like it’s 2003.

It’s not lauded by everyone, however. Scarface is controversial, offensive, and over the top. Still, it offers Latinos a chance to see their story of the pursuit of the American dream in all of its depraved ugliness.

Scarface was critically panned when it was released in 1983, but it eventually became a hit over the years, like Office Space but more violent and with less Geto Boys (another shoutout to rapper Scarface).

While not profitable, Scarface performed decently at the box office, and quickly became a home-video classic. The immensity, the garishness, the brutality, the cocaine, the violence, the casual misogyny, the pejoratives, the cartoonishness with which Cubans were portrayed, and the overacting all made it a uniquely American goulash of 1980s excess.

And yet the mishmash didn’t focus on the ethnic identity of Tony Montana, but instead made the focus the immigrant will to internalize the desire for more, an American more that can never be quenched.

Who better to play Scarface than one of the greatest actors of the 20th century, Al Pacino, a man of Sicilian descent? Robert Loggia, another legendary actor and also a Sicilian, played Montana’s boss and rival.

Some have said that Montana should have been played by a Latino actor. But ignoring the folly behind the argument that actors need to be the same ethnicity as their characters, in the early 80s, Sicilians were as close as Hollywood was willing to get to hiring Latinos.

Maybe the film wouldn’t have been as offensive if Pacino hadn’t made Scarface a cartoon. With his homophobic slurs, his prolific use of “F**k you mane,” and peacock dancing,  Tony Montana was kind of a cartoon. Just his use of pronunciation of “pelican” (“pelicang”) would be necessitate a trigger warning by some in the woke mob these days.

And then there’s the scene in which he belittles his wife, played by the inimitable Michelle Pfeiffer, for not becoming pregnant because her “womb is so polluted.” Some of us might say that for fun in our spare time, completely unrelated to any sort of feminine issues, but it’s still the main character’s worst displays of misogynistic cruelty (and yes, there’s also a fair amount of homophobia in the film).

Then there are all of the douchebags who blurt out “say hello to my little friend,” to the delight of zero women and men, something for which we still need to take policy action. It should also be mentioned that there’s not really animosity between Cubans and Colombians, at least according to one of my Colombian classmates in high school.

Setting aside the sun-and-cocaine-soaked debauchery, what else made Scarface so appealing to Latino kids like me was that he was cool. That’s it. Latinos, accent and all, could be cool and do every cool thing that other, more assimilated Americans could do. And his being Latino wasn’t even the most significant part of the movie after Montana became successful.

His coolness soon delved into becoming a cautionary tale of capitalist excess. Tony Montana bought into the idea of the American Dream, the sole individual carving out his economic fate through sheer will and cunning, until he finally isolated himself to the point that he could no longer live.

Latinos and all of us still partially buy into these messages because we live in this system and we want a piece of what it has to offer as well, no matter how twisted or unjust, representation is still something to be fought for. And there’s still a relative dearth of movies and shows featuring Latinos, and the ones that have been filmed are still criticized if there’s not “enough” Latino representation or if stereotypes are deemed to have too much influence on the final product.

This is nothing new. Even genius dramas like the Sopranos had to contend with do-gooder Italian groups intent on upholding a historically squeaky clean and sanitized version of their American experience.  A similar thing happened with the certain members of the community, who criticized Scarface for promoting the outlaw element of Cuban immigrants.

But all of it is part of the immigrant experience, and no matter how ugly, these stories can help blend Latinos into the artistic melting pot of America. Scarface is still something the community can look up to as a captivating representation of what some Cubans may have almost went through, even if it is a cautionary tale.

“The Infiltrators” Looks At Our Broken Immigration System
Where Does Cidade de Deus Rank In Latino Films?