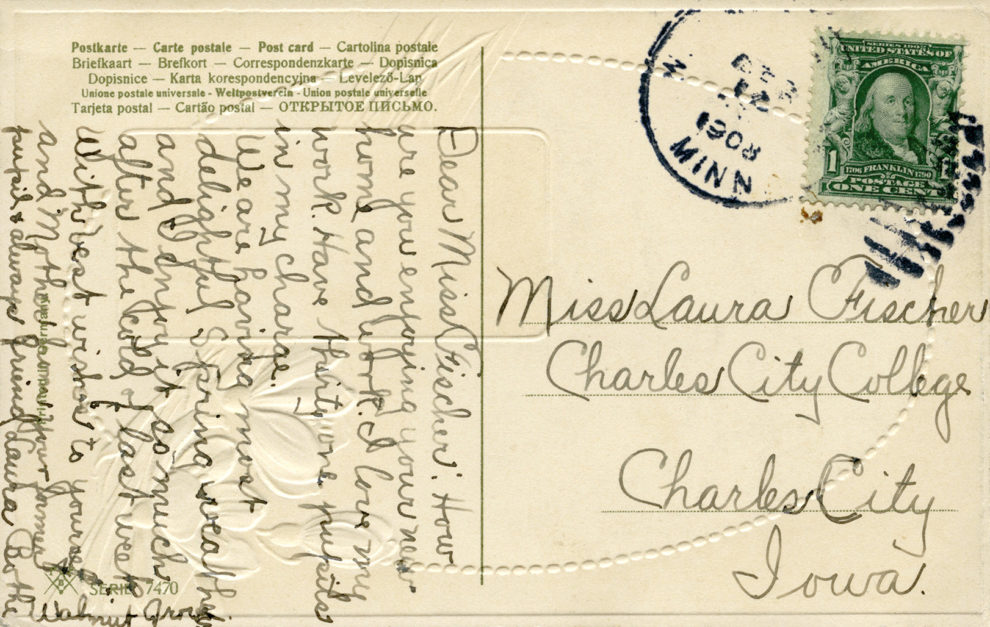 Brandon Loran Maxwell @brandonlmaxwell
What is life without risk? Without spice? Without danger? Love is no exception.

I knew nothing about postcards until I one day found myself writing slogans for a postcard company to support a family. Not that there’s anything wrong with having a family. But as anyone who knows me will attest, I’m not exactly the “family type.”

But as anyone who has ever played the game of poker will also attest, a successful poker game largely depends on knowing when to hold ’em and when to fold ’em. Therefore, meeting a strong woman who was willing to enlighten the darkest corners of my mind had to be properly weighed against the prospect of breaking the bank later in life due to overplaying my hand.

So I chose to cash out.

There is an innate human need and desire to share affection that has proven remarkably resilient over the centuries. I know this, of course, because I have always felt wedged between my love for solitude and love for the stage.

As a writer, I depend on solitude to out the devils from which I draw inspiration, conflict and resolution. Yet as a man, I largely rely on the cruelty of the stage—the centerpiece to every loving woman’s heart—to correct any missed lines or bad acting on my part. After all, the root of love is not timid affirmation or critique, but rather unconditional trust and honesty.

Love is like writing. To achieve results, one must invest sufficient hours and labor. One must proactively seek and take advantage of opportunities that both arise or stowaway in the cabins of daily life.

One must discover their strengths, acknowledge their weaknesses, and show a willingness to learn and grow. Once these things have been realized, only then can the starry-eyed bride, the smitten bachelor, or the hopeless romantic achieve a position where true love can flourish. And even then, the work is still not done.

Postcards are like love. They have solidified relationships and delivered heartbreak. They have encouraged perseverance and demanded surrender. They have rekindled old alliances and spawned new enemies.

Indeed, if love is an inward journey through the soul, then postcards are the outward expression of the heart. The real question is whether one is ever truly prepared to experience either. I suspect most of us aren’t. However, are any of us made worse as a result?

Such outward expressions are a powerful force. In this spirit, postcards have braved the frontlines of some of history’s most infamous battles.

Against all odds, they have traveled on the backs of animals, in the boxcars of locomotives, and on the deck of vessels. They have, as love always seems to do, found a way to reach their intended recipient—who, may or may not, reciprocate.

Yet, despite the uncertainty we sometimes feel, still rarely are we capable of containing what certainly must be expressed.

Love is the art of balancing souls. But while love may manifest itself in many forms, few forms of love are more tangible and long lasting than the spontaneous burst of passion at a random interval with a passing spirit that reflects your own.

Of course, not everyone in life will come to know or experience this feeling. Which is why those of us who do have a unique responsibility to make the most of what might be, preserve what is, and in moments of adversity, fight for what was.

The art of collecting postcards is called “Deltiology.” It is the third largest hobby in the world, eclipsed only by coin and stamp collecting. Yet despite the immense popularity of postcards, still no postcard compares to the rush of emotion experienced when mutual feelings evolve into action. When two humans conclude they were meant to be together, and nothing in the world is going to stop them.

The most popular postcard of all time depicts a young man sitting next to a young woman under the shade of a tree while holding a Rudyard Kipling book.

In the picture, the young man is looking at the woman and posing the question: “Do you like Kipling?” To which the young woman is responding, “I don’t know, you naughty boy, I’ve never kippled.”

It was a risky postcard for the time. For centuries, such innuendos were considered lewd or taboo. However, like most sweet tastes in life, it was also worth defying norms and pushing the boundaries for.

After all, what is life without risk? Without spice? Without danger? Love is no exception. If anything, love is the standard. And when it comes to the most important things in life, love is usually the solution.

I still think about postcards. I think about how I used to sit at work, watching them come and go, rolling up and down the conveyor belt, not too unlike the loves that once came in and out of my life.

But more than anything, I think about how fortunate I am to have found a woman who isn’t afraid to correct any missed lines or bad acting on my part.

Latino Health: What is Bipolar Disorder?