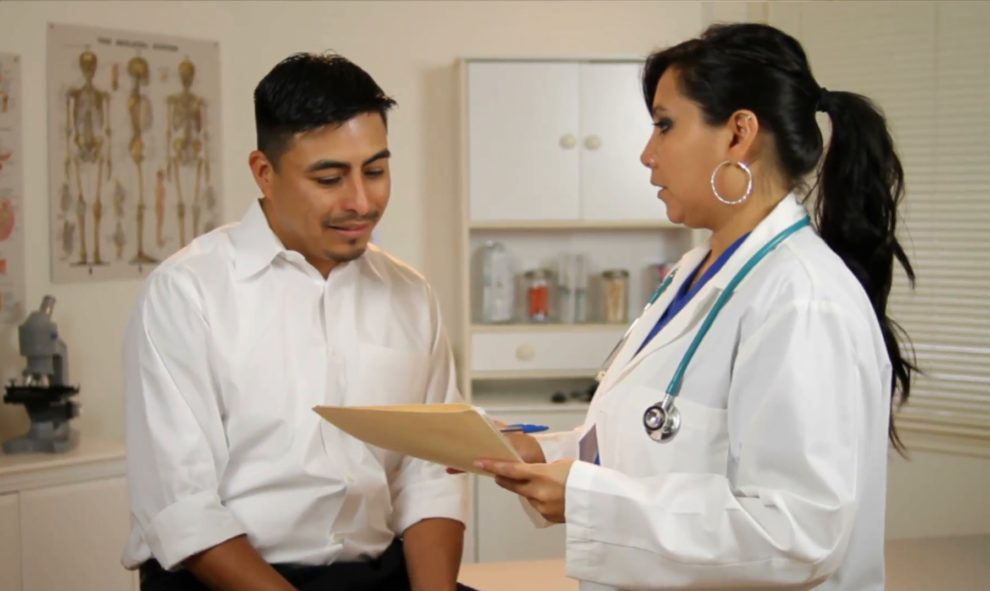 Dr. Lauro Amezcua-Patino
The most effective treatment for Major Depression is a multifaceted approach that combines medication and other therapy options.

For individuals suffering from clinical depression, relief from their symptoms can seem an impossibility. Yet, there is hope. From a clinical standpoint, depression, as a medical, bio-psycho-social disorder is a treatable condition.

The role that psychiatry plays is in providing a medical intervention, often though the use of pharmaceuticals (meds), to alleviate problematic symptoms so that wholistic treatment may begin. These meds can be prescribed by an attending psychiatrist, a physician’s assistant or a nurse practitioner.

However, before initiating a treatment, we must first establish a working diagnosis based on the patient’s comprehensive history, current presentation, symptoms, and specialized testing. After a definitive diagnosis is made, then an individual treatment plan must be developed for each and every individual.

The arsenal of interventions available to psychiatrist include are not limited to meds alone. In addition to biological Interventions like medications are more physiological treatments such as Electroconvulsive Therapy (ECT), Transcranial Magnetic Stimulation (TMS), and experimental treatments like Ketamine Infusions.

Psychological interventions include different types of individual, group and family therapy, Social Rehabilitation such as Day Treatment Programs and Educational Intervention among others.

The setting where the treatment is provided depends primarily on the safety of the patient. If the patient is demonstrating acute and severe symptoms and thus presenting a danger to him/herself or others, suffers from significant delusional thinking or inability to care for him/herself, then the treatment is likely to be initiated in a hospital where they can be better protected and monitored during treatment. However, the vast majority of patients who suffer from clinical or major depression are treated in the physician’s or and therapist’s office.

The most effective treatment for Major Depression is a multifaceted approach that combines medication and other therapy options. Like all medical treatment, a physician can only suggest lines of treatment, not force them. Therefore, it is the patient that must select their method of treatment. There are patients who prefer to start with psychotherapy (Talk Therapy), and if not effective, move to medications if desired. Other patients prefer to start with medications and add psychotherapy if necessary. Even others who may select experimental or “natural” treatments.

Medications for the treatment of depression have been available since the 1950’s in various forms. Most antidepressants have similar efficacy, but different side effects. Some patients respond and tolerate certain antidepressants better than others.

The older medications like Tricyclic Antidepressants such as Amitriptyline, Imipramine, Desipramine and others can be very effective but hard to tolerate for some patients at the doses required for depression. At very high levels these medications are toxic and can lead to death if one overdoses.

Other medications such as Monoamine Oxidase Inhibitors, are also effective in a good number of patients, but can cause high blood pressure and the associated risks.

The efficacy and accessibility of these medications allowed for many more patients suffering from depression to be adequately treated, not just by Physiatrists, but by Family, General and Primary Care Physicians.  In fact., Family Physicians, Pediatricians and Internal Medicine Doctors treat more patient with depression than do Psychiatrists.

There are other groups of medication that include Hybrid Antidepressants like Trintellix, and NDRI (Norepinephrine/Dopamine Reuptake Inhibitors) such as Wellbutrin. These too have proven to be effective in treating depression in some patients.

For some patients, anti-depression medications do not work.  These patients are said to have Treatment-Resistant Depression and must be treated either fully, or in combination with anti-depressants, in order to get some relief.

A very promising option is Ketamine. With positive results gleaned from the military’s experience with this substance on the battlefield, Ketamine was approved by the FDA for the treatment of Treatment-Resistant Depression.

Though still not covered by insurance companies, Ketamine continues to be an off-label option for the treatment of depression experimentally. However, results have been quite positive and Ketamine centers are popping up in many cities to serve the demand for alternative treatments.

Transcranial Magnetic Stimulation, (TMS) has also been effective in the treatment of patient who have not responded to medications.  TMS is a noninvasive procedure that uses magnetic fields to stimulate nerve cells in the brain to improve symptoms of depression.

Another non-med treatment is Electro-Convulsive-Therapy (ECT), formerly known as “Shock Therapy,” can be used with severely deteriorating depression, psychosis and inability to care for themselves. ECT involves a brief electrical stimulation of the brain while the patient is under anesthesia.

Mood Stabilizing Medications, also known as Atypical Antipsychotics, have been frequently used, when other pharmaceutical options fail.  These are fully approved by the FDA to potentiate antidepressant effect in patient with limited or partial response to antidepressants.

There are many types of “traditional talk therapy.” The most common and effective psychotherapies for the treatment of depression are:  Cognitive Behavioral Therapy – a method for modifying dysfunctional emotions, behaviors, and thoughts by altering a patient’s negative or irrational beliefs, and Interpersonal Therapy – an approach that focuses on you and your relationships with other people as the root of psychological stress. In some selected cases Psychodynamic Psychotherapy may also be of help.

The aforementioned therapies are individualized; however, support groups can be of significant help in facilitating the understanding and experience of suffering from depression and encourage social interaction to decrease isolation.

Depression is a both chronic and cyclic, meaning that it will continue and episodes will reoccur in a high percentage of patients. Treatment may only be a temporary respite for some. As soon as symptoms of depression start again; the patient should restart treatment.

Treatment, in particular the use of medications, have risks associated. Negative side effects of medication, cost of medications and of therapies, time commitment in the case of psychotherapy, social stigma and others are of concern to patients in treatment. Taking an hour off of work to see your Podiatrist is rarely questioned, but in order to see your therapist or Psychiatrist may be more problematic.

Regardless of potential issues, the decision to NOT treat depression can be terminal. According to the American Academy of Suicidology, about two thirds of people who commit suicide are depressed at the time of their death, and the risk of suicide is about 20 times greater among people with major depression; it’s also significantly higher among people with bipolar. About 7 percent of men and 1 percent of women who have ever been diagnosed with depression die by suicide. 1

In deciding about treatment, the patient should ask their treating provider for the likelihood of improvement, the most common side effects of the medication prescribed, and the actions to be taken in the event of side effects. The decision to treat and how to treat is yours as a patient. It is our role as your doctor to provide treatment options, information and support.