Home » The Cult Of “In The Heights” 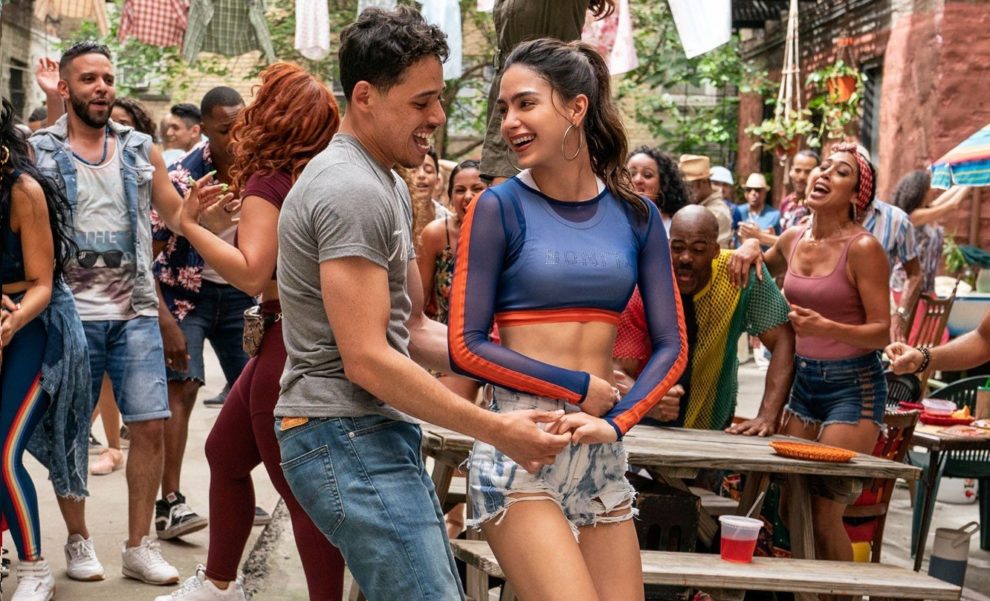 Brandon Loran Maxwell @brandonlmaxwell
Latinos are NOT monolithic. Yet for months, “In The Heights” was shoved down everybody’s throat as the answer to every perceived problem with Latinos in film. Spoiler alert: it wasn’t.

For the past year, Latinos have been suffocated and hammered by one of the most obnoxious PR campaigns since Bernie Sanders ran for president as everybody’s “tío.” The goal? To dupe Latinos into believing that authentic representation has finally descended from the heavens in the form of a movie called “In The Heights.”

It’s a brilliant marketing strategy. But even more impressive is how meticulously it has been executed. Looking back, I can’t think of a movie that received an easier pass from critics than “In The Heights” (perhaps “Green Book”?).

But equally interesting is the hypocrisy it has exposed.

Critics whaled and gnashed their teeth over films like “The Tax Collector” for not having a Latino director. Yet “In The Heights” also doesn’t have a Latino director and those same critics haven’t uttered a peep. Did I miss something about it no longer being important for Latinos to tell their own stories?

The inconsistency is perplexing. Had this been another movie based in East L.A. with cholos, it would have been lambasted for promoting “stereotypes.” But for some reason, when it’s a shirtless brown man in NYC whistling at a passing woman he doesn’t know (not stereotypical at all), it’s celebrated as “representation.”

What a difference location makes.

To be fair, I was never a fan of Jon Chu as a director to begin with. Everything he does feels like a 2-hour music video shot by a film student on Ritalin. But the idea that no Latino directors were qualified to direct this film is dubious. Where is the critical analysis? All I see are apologists and sycophants.

At the very least, critics have been blinded by personal politics.

Multiple journalists have told me off the record that “In The Heights” is a mediocre film. But those same people are willing to turn a blind eye to the film’s deficiencies because of “positive representation.” But is the conversation really about eliminating stereotypes? Or imposing a subjective view of what is stereotypical?

It’s a question worth considering.

That doesn’t mean I hated everything about the film. I didn’t. I thought the music was wonderful (I have long loved musicals). I liked the choreography. And I thought all of the actors and actresses did a superb job. I hope each of them goes on to do amazing things (like work under directors that reflect them).

But the flaws are too glaring to ignore simply to avoid hurting feelings.

The film is riddled with Coca Cola product placement. There are so many references to soda in fact that a piece of me wonders how much different the film would look had the same kind of attention been paid to including Afro-Latinos, who evidently are the ones Coca Cola supplanted for screen time.

Sure, “In The Heights” is hardly the first film to get a pass from critics because of a perceived cultural significance. But when Latinos have so few films to choose from to begin with, what is the purpose of championing a poorly made film? Is the goal to incentivize more movies directed by non-Latinos? More movies that mimic a 2-hour music video?

But perhaps the biggest problem of all with “In The Heights” is the cult-like reverence in which it has been treated and coddled.

Activists did everything they could to secure a “gold open.” This is where organizations ban together to buy movie tickets in bulk with the goal of making a movie appear more successful at the box office than it actually is, which in theory increases the likelihood of similar movies getting made in the future.

But organizing a mass ticket buyout to make a movie appear successful at the box office is like paying for fake social media followers. Sure, you can do it. However, what do you actually gain in the end? What do you actually learn about your own audience and the content you are creating for your audience?

So far it hasn’t worked out well. Despite a $55 million dollar budget and millions more dumped into marketing, the film is projected to finish below expectations (at the time of writing this, it has only made $11 million). It needs to make $200 million to be considered profitable and garner discussions about making similar films.

In response, the film’s proponents have pointed to everything from socioeconomics to the challenge of adapting plays to the pandemic.

Others have argued that box office numbers don’t matter at all. But if that is true, then what was the entire point of promoting a gold open? To just throw away money for fun? Making more money than you spend isn’t the mysterious white supremacist construct apologists want us to believe, it’s basic economics.

The truth is the studio took Latinos for granted. It assumed it could replicate Crazy Rich Asians with big hoop earrings and a bodega, and Latinos would flock to theatres in droves. Nonsense. And it will likely never be this way because of how ethnically, regionally, and culturally diverse the Latino community is.

Yet in retrospect, red flags existed all along.

The first red flag was the fact that the movie was released during summer (its original 2020 release date was also during summer). Had the studio honestly believed it was the artistic masterpiece that critics tried to convince us it was, it would have been released later in the year when serious contenders are traditionally released.

The second red flag was the fact that organizations needed to stage a buyout to begin with, despite having an A-list producer and director. Can you imagine Steven Spielberg staging ticket sales to make a film appear more successful than it really is?

I could live with a movie I don’t like doing organically well at the box office. But a phony buyout poses larger ramifications: It gives the false impression to movie studios that Latino are monolithic, and that these are the types of films that all Latinos want to see, when nothing could be further from the truth.

And that’s the heart of the problem. Latinos are NOT monolithic. Yet for months, “In The Heights” was shoved down everybody’s throat as the answer to every perceived problem with Latinos in film. Spoiler alert: it wasn’t.

This doesn’t mean we shouldn’t champion movies that reflect different types of Latinos. We should! But in this case, that’s not the problem. The heart of the problem is the unrealistic expectation that any one movie could ever represent all Latinos to begin with. The sooner we accept this, the better.

With this in mind, one could argue that “In The Heights” is a victim of its own success. No film could possibly live up to the amount of hype that went behind it. The lazy flashbacks and barrage of aerial shots only make the film that much more unbearable.

It pains me to fall on the same side as the “woke” left (albeit for different reasons). But sometimes politics makes strange bedfellows. Ultimately, “In The Heights” is the East Coast equivalent of a West Coast Edgar haircut. It tries so hard to say something with style that in the end it says nothing at all in the most confounding way possible.

The cholo in me says shave it all off (my apologies for promoting a “negative stereotype”).

Is Latino Media Ignoring “Zola”?
14 Behind The Scene Pics From Blood In Blood Out