Home » How Latinos Can Lessen Debt When In College 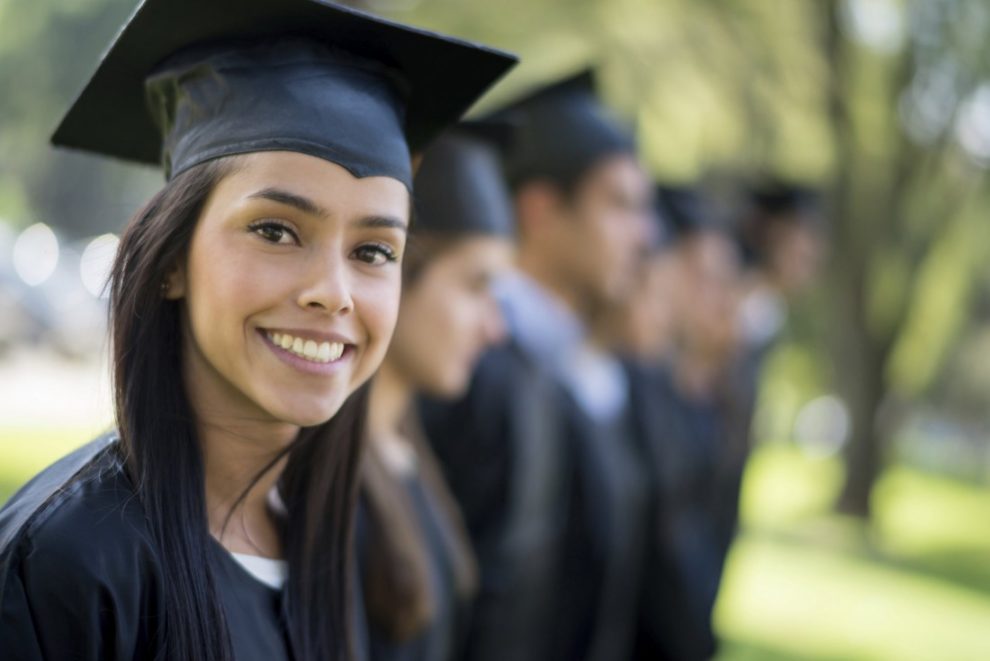 Claudia Araiza
There is more than one way to pay for college, and each situation is different.

Historically, it has been a struggle for the Latino population in the U.S. to obtain a college education, and factors that affect educational attainment, especially for financing educational costs, aren’t getting easier.

In October 2019, the Center on Budget and Policy Priorities, a nonpartisan research and policy institute in Washington DC, released a new report that looks at college tuition costs across colleges and universities in the U.S. A major finding was that over a ten-year span, from 2008 to 2018, college tuition increased by 37% for students attending a four-year public college.

Another finding from the report is that the cost to obtain a college degree increased overall for students while taking into consideration all expenses aside from college tuition such as books, housing, transportation, and food.

Also mentioned in the report by the Center on Budget and Policy Priorities is that students from minority populations are facing the greatest challenges at meeting financial obligations while obtaining a college degree.

The average net price (tuition and fees, room and board, and books and supplies minus the aid that a student received) of a public four-year institution accounted for almost 25% of a family’s median household income nationwide but as much as 50% for Latino and African-American students.

While the federal government has increased assistance directly to students in the form of student loans and grants, the sad truth is that the total student loan debt has reached a staggering amount of $1.5 trillion, with student loan default rates hovering around 10%, which is higher than the delinquency rate on credit card loans issued by commercial banks.

This means that about 1 of 10 students that seek a student loan will default on their loan during their lifespan.

Remember: Student Loans Are A Form Of Debt

Remember: Student loans are their own distinct form of debt as they cannot be considered in bankruptcy cases (except in some special circumstances). This means that an individual could carry that loan until death. Also, even if a student does not obtain their intended degree, all student loans that were taken out will live on forever until they are paid back.

So if you or your child dreams of attending law school, which has an average price tag of $45,000 for tuition per year (according to a recent study by US News & World Report) and if a loan is taken out just to cover tuition alone for the 3-year degree program, you will need to consider at least $150,000 in debt by the time of graduation.

But graduation rates are indeed another story that affect the ability to pay one’s student loan debt. With an average graduation rate of 60% at schools that award a bachelor’s degree (according to data from the National Center for Education Statistics), this means that out of 100 students that begin in a bachelor’s program, 40 of them will not graduate.

So what can you do to improve your financial odds when attending college? Below is a breakdown of the different ways to pay for college, along with some common advantages and disadvantages.

Advantage
It carries a lower interest rate than private loans and one can choose long-term plans, 10 years or more.

Disadvantage
It will need to be paid back even if someone does not graduate. A large student loan debt burden can affect the future well-being of someone in the form of financial, mental, and emotional distress.

Advantage
It does not need to be paid back (it’s free money).

Disadvantage
There is a maximum amount per year of $6,195 for a Federal Grant and only applies to undergraduate studies. School grants base the amount not just on need but also on merit like GPA standing.

Advantage
It does not need to be paid back (it’s earned money for doing a job on campus).

Disadvantage
On campus jobs are very competitive to obtain and not that many to go around. They are usually for a few hours per week that pay close to the minimum wage.

Advantage
They are free money.

Disadvantage
They are very competitive to obtain and are usually a one-time award.

Advantage
It is earned money that reduces the need for a student loan.

Disadvantage
A student will need to manage class schedules and course deadlines that could conflict with the job. Jobs never offer security so the possibility of prolonging one’s studies is high. Also, being a full-time student demands more than 40 hours per week of dedication for studying, attending classes, working in groups with classmates, and being involved in extra-curricular activities.

Advantage
Most of them are tax-free.

Disadvantage
It will take more than a decade to build enough funds to cover someone’s tuition. Most low-income individuals do not have that much discretionary income to start saving.

Serving in the Armed Forces

Advantage
Serving in the armed forces offer a form of educational benefits such as grants for attending college that cover tuition, housing, and books.

Disadvantage
It might take years of serving and completing a degree.

Advantage
There are now several institutions that offer degrees that are completely online, which reduce transportation and housing costs.

Disadvantage
Not all fields of study are available

Advantage
Some tuition reimbursement may be tax-free.

Disadvantage
Companies won’t reimburse if someone quits the job. Usually the reimbursement is paid after completing a class and it won’t pay for failed classes.

There are also some good sources to start with that focus on helping Latino students succeed in college such as The Hispanic Association of Colleges and Universities, and The Hispanic Scholarship Fund. In addition to the above ways for financing a college education, one can consider less expensive alternatives such as attending a community college, which most now offer college-credit courses at a lower tuition price compared to four-year colleges.