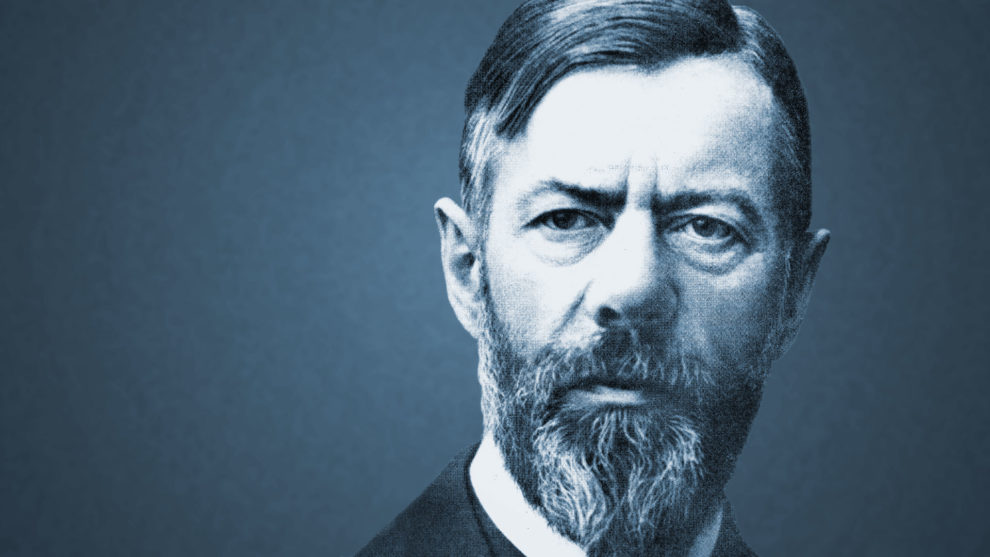 Lucy Tambara
Ethical systems of faith for the marginalized beyond political messaging matter because what happens abroad eventually travels home and vice versa.

In 1905, German sociologist Max Weber published, The Protestant Ethic and The Spirit of Capitalism. Weber concluded that through hard work and following one’s calling in life, spirit would reward with material wealth. For the Western upper echelon, the book was an aristocratic hit. The text provided a justification for their excessive accumulation of wealth. In the eyes of the aristocracy, the poor were stuck in their station in life because God was punishing them for not working hard enough.

During this period of history in the United States, there was rampant elite corruption and massive income inequalities that defined everyday lived experience. Mark Twain and Charles Dudley Warner later dubbed this period the “Gilded Age.” Twain and Warner mocked elites by astutely noting that they routinely ignored social suffering by covering everything with a thin layer of gold paint that could be easily scratched away to reveal nothing. The mindset of viewing everything through the gospel of Capitalism bled into relationships, ethics, and psyche.

Mainstream discussions of faith in relation to currency in U.S. politics has not shifted much since the 19th century. The Right continues to tout itself as guardians of faith and Capitalism. Liberal corporate elites still define value and spirit through the accumulation of gold. The GOP, since Ronald Reagan, continues to dictate the conversation on how to talk about faith.

The Democratic Party remains at war with itself over the topic of organized religion and faith as it continues to allow the Right to set the narrative. The Progressive and DSA elite literati spend much of their time on Twitter arguing with the corporate class over the same talking points rather than developing a new system of ethics that honors the diverse range of faiths in the world. This becomes especially grating given we are living in a second Gilded Age where worth, relationships, and value is measured as a series of bank transactions and security.

From healers, tarot card readers, to those who hold a blend of belief systems, are all present on the Twitter verse. They are engaging each other over how to build a better tomorrow through the use of ethics and healing modalities to help people, animals, and the planet.

Some on the mainstream center-left argue that Marianne Williamson was the first to be hip to the idea that there is a spiritual left. Much of Marianne Williamson’s talking points are catered to the upper echelon who purchase their overpriced Capitalist driven healing products from Goop.

Many of Williamson’s talking points, ranging from mindfulness to energy work, were thought to be looted from Black, Brown, Indigenous, Chicano, and Asian healers who live in poverty but are in full service to their communities by selling reasonably priced candles, teas, oils, and offering emotional guidance at swap meets.

Ethical systems of faith for the marginalized beyond political messaging matter because what happens abroad eventually travels home and vice versa. From the United States federal government funding police training in Hong Kong and Israel, to transferring over the Tennessee Valley Authority to the buffer state of Afghanistan, these actions have had tragic consequences on poor communities.

In Hong Kong, the police state under the Chinese Communist Party, is currently tightening its grip on every facet of life. In Afghanistan during the Cold War, U.S. technocrats constructed dams that collapsed and flooded the soil of poor communities which raised the acidity levels that decimated crops. This recklessness in development and modernization paved the way for the U.S.’ supply of heroin of the growth of poppies.

The role of the United States in the world has been a tragic embarrassment for generations of people who are from marginalized communities. Acutely aware of the U.S. government’s centuries long path of destruction abroad—the spiritual left has worked tirelessly advocating for a more humane policy within faith-based organizations for years, through the Evangelical Left.

My first contact with the Evangelical Left began as a love story with my ex-husband, Paul. A preacher’s son in the Seventh-Day Adventist Church, his politics were heavily influenced by the political thought of Jimmy Carter. Our relationship seemed rather unconventional in the realm of organized religion. I am a baptized Catholic but practice the faith of my Japanese grandmother, Konkokyo, which is an off shoot of Shintoism.

During our years together, we kept each other balanced emotionally during the tyranny of the Bush Jr. years. As we watched in horror the bombings in the Middle East, we began blending our faith systems to make sense of the ruthlessness of U.S. foreign policy. Our daily routine was defined by Capitalism. His long hours of working as a busser and later a server in Beverly Hills, coincided with me working towards entering a PhD program. This created growth but also distance between us. When we spent time together, it became a cycle of co-dependency because I was so fearful of losing what I perceived to be my sense of economic and emotional safety.

My ex-husband spent some of his limited free time scrapping verbally about theology in Spanish with the Latino and Hispanic right-wing factions within the church. His ancestors helped to jump start the Puerto Rican Seventh-Day Adventist church on the U.S. colony as well as grow church activity in Michigan. When we got married, it was not in the church due to our shared anger with right-wingers. Instead, his stepfather guided our wedding at his mother’s home as we read our letters of love to each other. We danced, opened gifts, ate non-vegetarian Mexican food and had an open bar with Japanese cocktails, which is all a serious no-no in the Adventist Church.

In the COVID age, I have no doubt that we would have delayed our ceremony. It actually took us seven years together to head toward marriage only to divorce two years later. I am confounded these days when I hear people gathering for weddings. To celebrate a union between two people in midst of such suffering in this country feels hollow. The impulse to possess another as soon as possible as opposed to having a deep trust in the alchemy between two complete people is on point for our current Gilded Age.

This past Saturday, I thought back to my marriage for the first time in years as the Trump administration pulled yet another grift by beginning the process of ram roading through the Supreme Court nomination of Amy Coney Barnett. Right-wing talking points automatically went to the same slogans of Democrats attacking faith and religion. (Here’s looking at you Marco Rubio)

The far-right loves slogans as they let ethics fall into the trash can. The supreme court nomination triggered me simply because the secular aspect of interpersonal relations is handled by the courts. Marriages are formed and dissolved by the judicial. Laws can keep two people apart from chosen union because of a broken justice system. It can also be costly. The judicial branch only values people on their ability to pay through the roof for corporate lawyers as public defenders and their clients at Legal Aid live on the margins of society.

The line from Barnett’s speech that struck a nerve was “I love the United States and I love the United States Constitution.”  I instantly remembered the last lines of my wedding love letter to my ex-husband, “I will never lose sight of making the world a better place. Thank you for joining me on my journey not out of possession, but for a shared commitment to growth and truth.”

Despite aspirational wedding vows, I married for all of the wrong reasons—the desire to have another for comfort and safety. I am the villain in this story because I left the marriage and moved ironically to a major epicenter of Capitalism, Las Vegas. I carried this guilt for years as I repeated the same patterns of co-dependency and possession with other men without marriage.

What kept me going was my faith that one day I would break the pattern. Good thing I still have my wedding vows and stories about love to guide my way. On my solo travels, I finally learned that Capitalist love in all of its complexity, always has its own rhythm of suffering—its liberating to be happy and alone, free from possession.