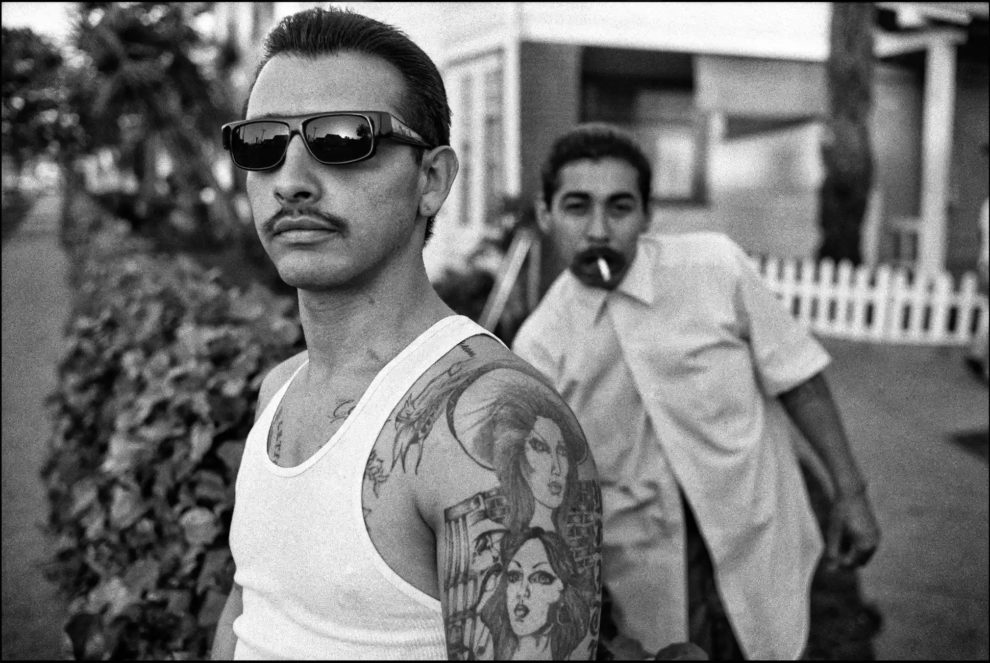 Brandon Loran Maxwell @brandonlmaxwell
Merrick Morton's suspension highlights the potential pitfalls of placing decades of work on one platform, and the impunity in which major platforms like Instagram operate.

Morton, whose black and white photographs helped pioneer modern street photography, is best known for his work documenting cholo culture in Los Angeles during the 70s and 80s while on assignment for Rolling Stone Magazine.

Morton has also worked as a set photographer for iconic movies such as Fight Club, Blood In Blood Out, Colors, and La Bamba, among others.

Following the suspension, Instagram gave Morton 30 days to file an appeal. But according to Morton, whose account had 57,000 followers before being suspended, Instagram has been unresponsive throughout the process and has offered few details on the specifics of why his account was suspended to begin with.

According to Instagram’s Community Guidelines, photos that promote terrorism, organized crime, or hate groups are not allowed. However, photos that might otherwise violate guidelines are allowed if Instagram considers them to be “newsworthy” or in the “public interest.”

Morton suspects his suspension was due to his photos documenting cholo culture.

In a letter to Instagram, which The Daily Chela has reviewed, Morton wrote in part, “My images do not promote violence, they actually promote the cultural identity of the city of Los Angeles… I feel my suspension should be lifted.”

Instagram suspending accounts is not new. However, Morton’s suspension highlights the potential pitfalls of placing decades of work on one platform, and the impunity in which major platforms like Instagram operate.

Users whose accounts are suspended are often left with little recourse because social media platforms are private.

It also raises the question of who gets to decide what is and isn’t a “dangerous organization.” In the Mexican American community where the names of gangs and neighborhoods traditionally overlap, enforcement appears to be left entirely up to personal preference and subjectivity.

The danger associated with this approach, of course, is that it creates the potential for suppression of speech and information.

Lastly, it raises important questions about transparency and whether Instagram’s guidelines are being equally applied to everyone. Not only is there another account currently using Morton’s photos and falsely claiming to be him that hasn’t been suspended, but there are numerous accounts promoting violent imagery that haven’t been suspended.

The popularity of archival pages has skyrocketed on Instagram over the years. But unlike most archivists, Morton is largely considered to be one of the most influential street photographers to ever come out of L.A. If his work isn’t considered “newsworthy” or in the “public interest,” it’s hard to imagine what is.

This story will be updated with new information as it comes.