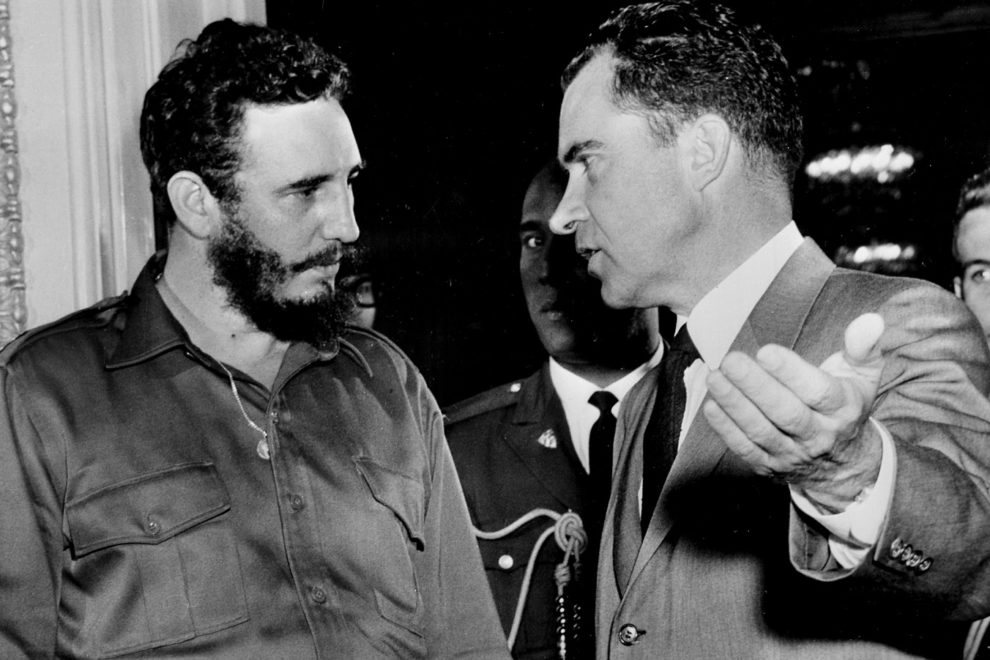 Leonardo Poareo nardrageous
In wake of COVID-19, it’s time for the U.S and Cuba to put the past behind them and work together.

Nations across the globe are in a literal fight for lives as the pandemic of COVID-19 wreaks havoc on the globe. The U.S., the most powerful empire the earth has ever known, has ground most of its economy in order to provide relief to its capacity-strained medical system. This disaster has exposed the incompetence of the Trump administration, but also the precarity of our current medical system.

To its south, Cuba is also struggling with the pandemic, but is simultaneously using some of its excess medical capacity to send help to nations like Italy. Because of U.S. sanctions, Cuba is struggling to obtain vital medical supplies from nations like China.

There is talk about relieving sanctions against Cuba during this time, in order to benefit the globe and the tiny island nation, but there is still the irrational fear of Cuba among many Latinos and politicians. This represents a failure to recognize how U.S. policies have stifled the nation’s ability and desire to make the reforms necessary to improve its economy and social system.

Like many other Latin countries, Cuba’s history has long been dictated by elite interests, with rich migrants creating vast sugar plantations and importing slave labor from Africa when it was a Spanish colony. In his book on revolutions, James de Fronzo discusses Cuba’s fraught history.

It was Creole planters who in the late 1800s demanded independence from Spain due to factors such as a lack of representation, and limited civil rights, coupled with economic factors such as a tariff system they found intolerable. Following the Spanish American War, in which the U.S. intervened under the faulty premise that Spain blew up the U.S.S. Maine, the U.S. took control of Cuba.

The U.S. eventually left, and they did introduce reforms that helped Cuba somewhat in terms of education, and health, but the legacy of this early paternalism was the expansion of a sugar industry, which created a deficit of economic diversification that would hamstring the Pearl of the Caribbean for decades. This, coupled with the U.S. intervening at will, vast inequality, and a comically corrupt political system created a social powder keg.

It was during the 1950s, the Godfather Part 2 age of Cuba, in which mobsters and big business owned the country under the guardianship of Batista’s dictatorship, that discontent among the masses swelled. Fidel Castro, with support among the peasantry, was able to lead a successful revolution and then implement vast reforms, such as land redistribution, literacy, healthcare, and nationalization of the sugar industry. Naturally this aggravated the U.S. government and the middle and upper classes who ended up leaving for the U.S.

The U.S. didn’t really give Cuba much of a choice but to pursue these Soviet-style policies, which isn’t surprising seeing as how Castro’s policies weren’t going to be as friendly to U.S. business interests as Batista’s. Castro nationalized the oil industry in response to the U.S. essentially preventing oil companies from refining oil destined for Cuba in the 1960s and cutting its sugar purchases.

The embargo only made things worse and created a situation of immense scarcity, which not only entrenched sentiment against the U.S. and its business interests, but also didn’t leave Cuba much of a chance to trade with other countries and build its economy in a market-friendly way. What makes the feud even more tragic is the fact that Castro did not start out as a communist, nor did he initially approach the relationship with the bellicosity he would become known for. A reliance on the Soviet Union for support followed, and the Cold War would get heated whenever the two countries interacted.

As of late, it’s become in vogue for some to praise Cuba, and even Castro, for its education and healthcare system, especially as it compares to the United States. Bernie Sanders recently came under fire from the Democratic establishment and conservatives for praising Cuba, even though he criticized the country’s repression and overall lack of democracy as well (the country has one party that essentially controls everything).

Per a Rand report, Cuba and America are on par in terms of health outcomes such as life expectancy and life expectancy, but Cuba achieves these outcomes for far less, as their per-person spending is far lower than the U.S.’s. Yet it isn’t necessarily fair to compare the two nations’ healthcare systems.

It’d be easy to blame this on the insurance industry, and they likely deserve some of the blame, but a system like the U.S. has a wealthy elite who can spend gobs of money on healthcare, and the U.S. is a much more individualistic country that doesn’t emphasize communal health as Cuba does.

And of course, there are issues of American culture, like firearms, tobacco, and driving that inevitably have an effect on health outcomes that countries like Cuba and European countries don’t have to contend with. Not to mention the fact that Cuba has its own issues with low doctor pay, and doctors fleeing during medical missions to other countries.

There are similar issues with its education system and literacy program. Yet it’s striking that Cuba takes such a leadership role in medical diplomacy. The U.S., with all of its economic growth and wealth, is failing to display global leadership, but Cuba, even with the U.S. blockade, is taking the lead, sending doctors to Italy.

The U.S. should be supporting Cuba in this area, and it’s difficult to understand why the Trump administration is so anti-Cuba, beyond its hatred of Obama-era policies. Cuba after Castro showed signs that it was willing to undertake market and political reforms, and Obama was demonstrating a willingness to work with the island nation.

Perhaps it’s a play at conservative Cubans in Florida who grew up with the memory of Castro’s iron hand in addition to Obama’s hatred, but the Trump administration is likely going to force Cuba to rely on more government action, as markets can’t operate properly with the U.S. restricting trade.

The future for Cuba can be positive, and the U.S. can help it be so. The U.S. itself is no moral authority, as it has deep-seated issues around income equality (and racial equality), economic growth, freedom, democracy, and corruption in general. Leftists still need to understand that authoritarianism is authoritarianism, even if some authoritarians dole out healthcare.

Conservatives and libertarians need to understand that Cuba has never been a true socialist experiment, as socialism calls for truly democratic control of major economic systems, not state ownership of sandwich shops. Hopefully after this pandemic is over, and once Trump is out of office, both countries can begin the process of learning from each other again.