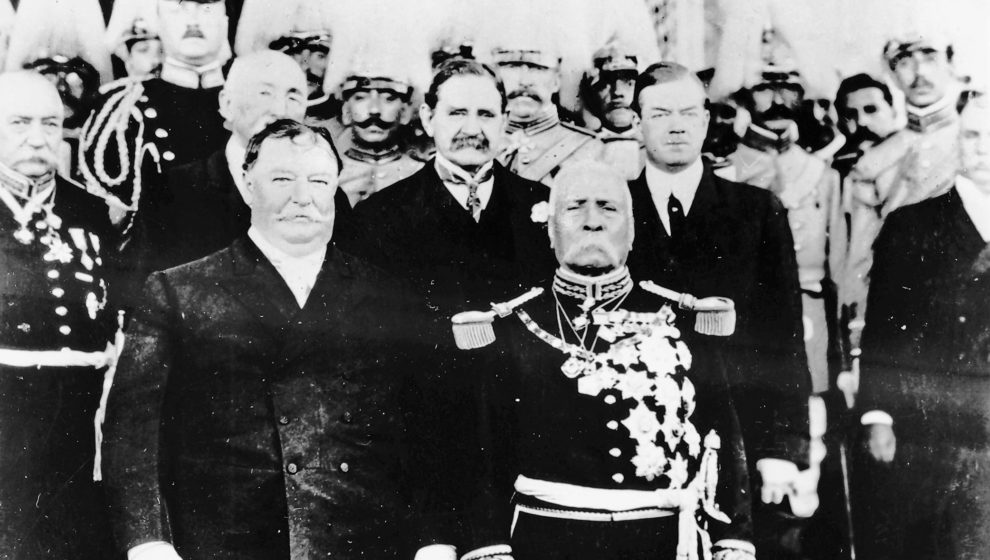 Since Gerald Ford, the visit to Mexico has been a foreign priority, and the presidents made it within their first months in office.

Starting with Truman, who was in Mexico on four occasions, each one has recognized in Mexico an ally, an opportunity and one of the main objectives of U.S. foreign policy. They have demonstrated this with official and informal visits, even if traditionally US presidents are not big travelers, and they pass their time in office without stopping by most of the countries of the world.

All except Donald Trump, who not only never visited Mexico as president —he also tried to literally put a wall between both nations.

Many years before Harry S. Truman, another head of state spent a few hours in Mexico, met with his Mexican colleague, and became the first US president to visit the country. Not counting Theodore Roosevelt’s visit to the Panama Canal in 1906, William Taft’s would also be the first acting president to leave the U.S.

“In the States, the FBI had notified the chief of the Secret Service, John Elbert Wilkie, that they were aware of an attempt to kill Taft in Mexico.”

A couple of photographs, and even a film, saved the first meeting for posterity, showing Taft and the so-called Strong Man of the Americas, Mexican Porfirio Díaz.

It happened in two stages on the 16th of October of 1909. The first handshake took place in Texas, at the El Paso Chamber of Commerce, and was strictly private. Later, Taft agreed to cross the border to meet Porfirio Díaz at the Ciudad Juárez customs office. “You are, to my knowledge,” said the old general to his neighbor, “the first US premier to visit this land.”

The first Mexico-United States summit occurred at a delicate moment. In Díaz’s country, a Revolution was about to break out. The United States wanted a larger share of foreign direct investment in Mexico, which had turned its eyes to Europe.

But the atmosphere in Ciudad Juárez and El Paso did not reflect any apprehension. The two cities were brimming with intertwined flags, marching bands, and celebrations. Taft was greeted with twenty-one cannon blasts. From there he went to a banquet, “one of the most notable that has taken place in the American continent” according to a newspaper of the time.

The presidents’ attire contrasted. Díaz appeared with his coat full of military medals. Taft was soberly dressed, without any condecorations. One could be the other´s father, but both looked the same age.

During the meal, the presidents sat side by side, probably little aware of the significance of that first meeting. Díaz did not speak English. Taft knew a few Spanish words that he had learned in the Philippines. At the end of the meeting, the president of the United States extended his hand to Díaz and said: “Hasta que nos volvamos a encontrar otra vez.“

Taft returned to Texas amid a cascade of fireworks and escorted by Mexican soldiers. By this point, the secret services of both countries must have breathed easy: days before, they had been warned that someone would try to assasinate both Taft and Díaz.

During the presidential meeting, a combination of Texas Rangers, U.S. and Mexican troops, Secret Service agents, FBI agents, and U.S. Marshals were on maximum alert.

In the States, the FBI had notified the chief of the Secret Service, John Elbert Wilkie, that they were aware of an attempt to kill Taft in Mexico. The plot was allegedly dissolved when the Chicago police arrested some anarchists a few days before the meeting, but the heavy security arrangements were kept for the visit.

On the day Díaz visited El Paso, a Texas Ranger, Private CR Moore, saw a man concealing a “pencil pistol”, standing along the route of both presidents. The man was arrested just in time when the two heads of state were passing by. According to other versions, the police arrested the shooter in Ciudad Juarez a few steps away from the heads of state.

It is not known what both presidents talked about in their private meeting besides a few minor issues related to the Rio Grande. They were mainly interested in sending a message of peaceful coexistence, optimism and opulence.

The following decades would be a bitter realization that none of those things was going to happen for a long time. Actually, Taft would be one of the most interventionist presidents in Mexican affairs.

There would be no more U.S. presidential visits until 1943, when FDR —then the busiest man in the world— visited Manuel Ávila Camacho in the midst of World War II.

Joe Biden has promised to work more closely to resolve the myriad of issues that plague both nations, separated like never before in the four years of Trump’s presidency.

This may or may not be good news: Mexicans know that after four years of estrangement, four years of interventionism could follow. Biden has to find that delicate balance.

Battle Of Chapultepec: Mexico vs The United States
The Unpublished Letters To El Niño Dios