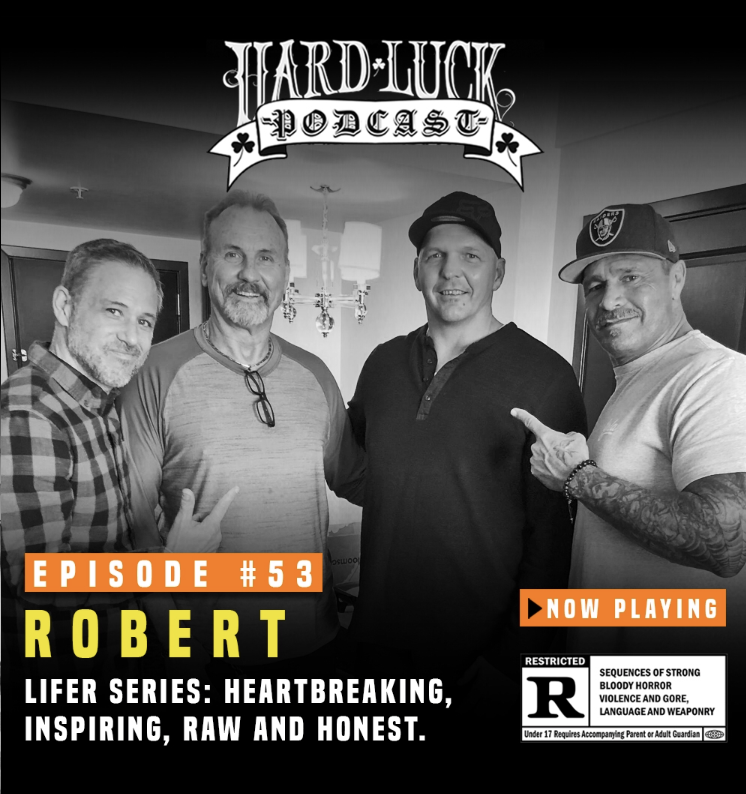 Heartbreaking, inspiring, raw and honest. Robert reveals how one fight changed his universe forever. He lost his freedom, his seven-week-old daughter, and watched his life sentence eat away his future minute by minute behind walls and cells.

Yet Robert didn’t give up hope. Not liking the man staring back in the mirror, Robert went to work. Through pain and effort, he finally accepted his part in the crime and won the trust of the Parole Board. However, shortly after he gained his freedom, he was sent right back to prison, in front of the same Parole Board. Robert explains to Big Luck’s and the crew how it all ended.