Home » When The MLB Banned Afro-Latinos 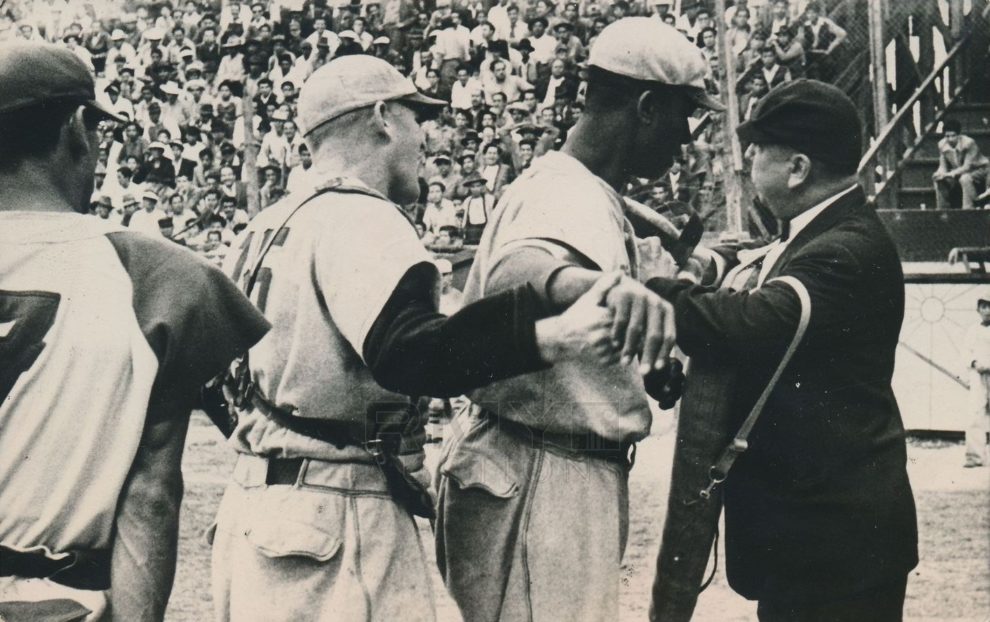 “We had two strikes against us: One for being Black, and another for being Latino,” says Hall of Famer Orlando Cepeda.

The struggle African American athletes face in the United States is well documented. But the game of baseball was also popular in Latin America, and today Latinos make up 31 percent of players on Major League rosters. Along with African Americans, Afro-Latinos were also prohibited from the MLB, whereas white-passing Latinos were accepted.

The first African-American player to play in professional baseball was Moses Fleetwood Walker and his brother Weldy Walker. The two played for the Toledo Blue Stockings in 1884. At the time, the league held no written rules banning people of color from joining the league, but this didn’t last long.

After Moses and Weldy’s introduction, prominent white players like Cap Anson from the Chicago club threatened the league with sitting out games if the opposing team had a person of color in the lineup.

In 1884 and 1887, Anson’s threats successfully forced the Blue Stockings and the Newark Little Giants to sit their Black players, Moses Fleetwood Walker and George Stovey, for the game to start.

With the success of Walker and Stovey, and the growing number of African Americans and Afro-Latinos playing, owners of the International League (today’s minor league) held a vote on whether they will be allowed in the future.

On July 14, 1887, the owners voted to ban new contracts. As a result, it led to the disappearance of Black players from the league at all levels.

In the major leagues, the highest level of organized baseball, no written rule existed to deny people of color from joining the league. But the vote from 1887 signaled to the major league owners on how their white players felt.

This signal was known as the “gentlemen’s agreement,” meaning among owners, it was socially accepted that they would not hire any Black players.

Solidarity Among The Negro and Latin American Leagues

A team known as the Cuban Stars were composed solely of Afro-Latino Players. Black Cuban star Martín Dihigo was the first player to be honored in five separate halls of fame, including Mexico, Venezuela, Dominican Republic, Cuba, and the U.S., despite never playing in the MLB.

He played every position except catcher throughout the 1920s to the 1940s in Cuba, Mexico, and the Negro Leagues. He was known as the Latin Babe Ruth because of his pitching mastery and hitting skills.

Baseball in Latin America and the Caribbean was always integrated. Players in those leagues knew each other well, as they played together for various leagues in the region.

The MLB’s color line was in full swing from 1889 to 1946 until Jackie Robinson lifted the “Iron Curtain” in 1947. Between those years, people saw a multiracial interaction between Latin America, the Caribbean, and the U.S. Negro League baseball.

Many Negro League players dominated the Mexican leagues. Afro-Latinos also faced the same ugly segregation that African Americans did in the U.S.

“I often say that although we lament the amount of American-born Black players in MLB today compared to Latino players, their history and culture are much more intertwined than people know, and it starts with the history of the Negro Leagues. They are part of the same story,” said Dr. Raymond Doswell, curator of the Negro Leagues Baseball Museum in Kansas City, to the Daily News.

In the 1880s, Esteban Bellán and Vincent Nava were allowed to play professional baseball because they were labeled “Spanish” and not Cuban or Mexican. The racial segregation was also towards those from the Latin American region, and entry into the league depended mainly on the color of their skin.

Gilberto Dihigo, son of the late great Black Cuban star Martín Dihigo, said, “It’s shameful they never got the respect they deserve. But now with the (MLB classification), there are 3,400 souls who played in the Negro Leagues having a fiesta in the sky.”

According to Adrian Burgos Jr, a professor at the University of Illinois Urbana-Champaign, “About 10 to 15 percent of the Negro Leagues were Latino players who actually were willing to venture out of the Latin American circuits.”