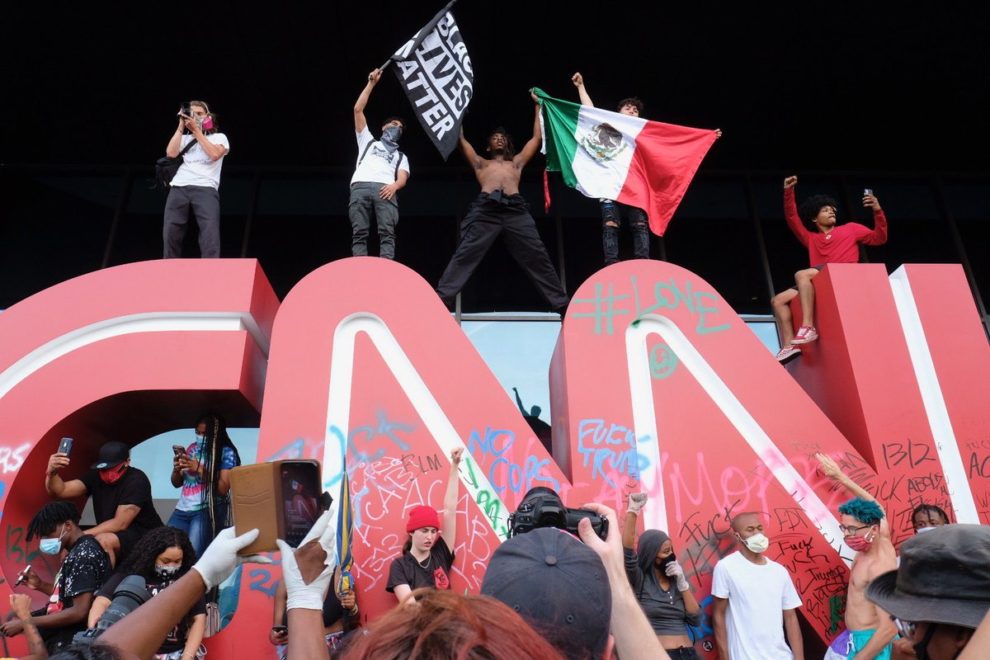 Understanding the definition of Chicano is key to understanding that Chicanos aren't against inclusivity, but rather erasure and revisionism.

In wake of pictures that surfaced earlier this week of Mexican flags being flown at BLM and ICE protests, some critics have suggested that displaying pride in the Mexican identity somehow equates to white supremacy and nationalism.

The criticism is just one of many recent attacks on Chicanos and Mexican Americans, who make up the majority of the nation’s Latinos. However, regardless of the quality of the criticism, I suspect some of the animosity derives from a fundamental misunderstanding of the term “Chicano” and the context in which the term “Mexican” is often used in Mexican American circles.

So with this in mind, below are some edited excerpts from a longer essay I wrote as to why so many Chicanos are proud of their Mexican heritage.

This doesn’t mean other people didn’t grow up with Chicanos or identify with aspects of Chicano culture. This isn’t intended to erase or minimize the contributions of those who are not of Mexican descent. But it does mean Chicano culture is overwhelmingly comprised of Mexican Americans.

Second, both Mexican Americans and Chicanos use “Mexican” interchangeably to refer to themselves and to each other.

I’m far from a nationalist.

“Special interests want us to forget our histories. They want us to believe we can all be summed up with one label. But in order to achieve this, they must first pressure everybody to get in line.”

For most of us, “Mexican” is a term of endearment. It is not a literal reference to a nation. After all, most us have been called Mexicans our entire lives despite being born in the United States! This is something Central Americans can surely relate to because the same ignorant people also frequently mistake Central Americans for Mexicans.

Can we all at least agree this is annoying?

Third, Chicano culture and Mexican American culture is about more than just the 1960s Civil Rights Movement. Yet for whatever reason, that seems to be the only thing critics latch onto when criticizing Chicanos.

Or as I once wrote in still another essay:

In other words, the Chicano identity is more than a single march or event. It is the century-long culmination of suffering, defiance, expression, and rebellion.

Some Chicano sub-cultures overlap. Some of them don’t. But for better or worse, all of them were integral threads that weaved the fabric to what has become the global phenomenon known as Chicano culture, which fuses both political and social identities.

And that is why many of us are so defensive and protective of it.

Other critics have suggested that embracing our cultural distinctions somehow promotes division. But in a climate ruled by identity politics, how can critics have it both ways?

On one hand, we are told that our intersectional distinctions should inform and dictate our daily mindset. Yet the moment one of us expresses too much pride in our distinctions, we are told we are being divisive.

And that’s the problem with identity politics. In the end, the politics always trump the identity.

I bring this up because many Mexican Americans like myself believe there is a deliberate attempt by special interests to erase the Mexican American identity in favor of consolidating the Latino community into one generic bloc under the guise of “inclusivity” (and to be clear, there is nothing wrong with legitimate inclusivity).

These special interests want us to forget our histories. They want us to believe we can all be summed up with one label. But in order to achieve this, they must first pressure everybody to get in line. And Mexican Americans and self-described Chicanos to a large extent, remain some of the most vocal holdouts.

“We are told that our intersectional distinctions should inform and dictate our daily mindset. Yet the moment one of us expresses too much pride in our distinctions, we are told we are being divisive.’

I’m not alone in my rejection of these tactics. Nor am I alone in my skepticism of identity politics. Proof of this is the fact that Bernie Sanders polled so well with Latinos. Yet special interests, academia, and media continue to push an alternative narrative on us.

Make no mistake. This isn’t about the Mexican flag. This is about media and academia continually ignoring the majority of Latinos in this country who don’t subscribe to the endless stream of revisionism and outrage.

This is about elitists trying to convince Latinos that anyone who refuses to get in line are somehow divisive. But the truth is Mexican Americans aren’t against inclusivity and tolerance. They are against erasure and revisionism.

The difference is important.

Brandon Loran Maxwell is a writer, speaker, and prize winning essayist. His writings and commentary have appeared at The Hill, Salon, Townhall, The Washington Examiner, The Oregonian, FEE, and Latino Rebels Radio, among others. He regularly speaks on a variety of social topics, and has been cited at outlets such as The Los Angeles Times, Vox, and The Washington Post. His personal essay "Notes From An American Prisoner" was awarded a Writer's Digest prize in 2014, and his one-act play "Petal By Petal" about drug and alcohol addiction was performed at The Little Theater in 2009. In addition, Brandon has fronted various punk rock and hip hop groups. He holds a B.S. in political science, and often writes about prison reform, immigration reform, pop culture, music, and Chicano culture.

COVID-19 Disinformation Must Be Combated
Colorblindness Is Not Social Equality