Home » Who Was Bernardo de Gálvez? 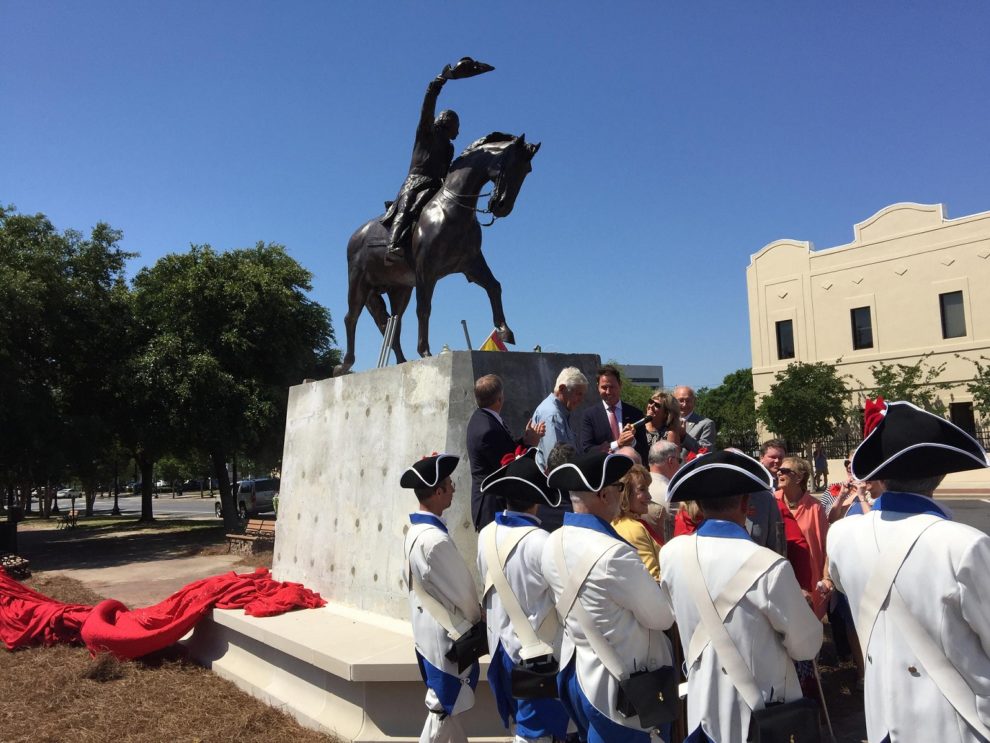 Gustavo Vazquez-Lozano
The Spanish general not only helped build the Chapultepec castle, but was rumored to be helping Mexico plan its independence.

Across the street from the complex building housing the U.S. Department of State, in downtown Washington, there is a statue that the King of Spain inaugurated more than forty years ago. The effigy represents Bernardo de Galvez, a man that no one has heard of. However, at the head of his Spanish troops —which included a good number of Mexicans— Gálvez was a key figure in achieving the independence of the United States.

Bernardo de Galvez met George Washington and, according to legend, rode alongside him on Evacuation Day, Washington´s grand entry into New York which marked the end of the Revolutionary War.

After that, Gálvez went on to assume the throne of New Spain (today´s Mexico) and if the rumors are right, he also machinated to liberate a second North American country. All things considered, it is amazing that he is such a little known figure today.

The man, apparently, was called to greatness.

Not long ago, he was called a “little known hero” by Los Angeles Times. Bernardo de Gálvez is a virtual unknown in Mexico and the United States. Only in recent times has his figure begun to be reassessed.

In 1777, he was the governor of Louisiana, then administered from Mexico City. When the war of independence broke out, Spain was neutral, but governor Galvez of New Orleans secretly aided the American rebels with protection and ammunition. His contribution placed New Orleans as a major supply base for the armies of George Washington.

When Spain finally took sides, Galvez marched with a multi-ethnic army: black, Indian and white, to attack Baton Rouge, Mobile and Pensacola, and thus control the coast of the Gulf of Mexico.

The motto on his shield has two words: “I alone,” which refer to the capture of Pensacola, when Galvez launched the attack alone on his ship, the Galveztown, despite the prohibition and fear of his superiors to initiate the battle. “Whoever has the courage, follow me!” he shouted. With his victory, the British lost all their bases in the Gulf, Galvez achieved dominion over all of Florida and gave invaluable support to the rebels.

If that could be the pinnacle of a career for any other figure, Galvez was just beginning. Later he would assume the throne of New Spain as viceroy, and although nothing has been officially proven, it is possible that from there he began to forge the independence of another North American country: Mexico.

His arrival was not easy, as he was received by a massive loss of crops that produced desperate hunger. The drought killed more than 300,000 people and caused massive population displacements.

Galvez made his own fortune available to buy grain for the poor. He himself distributed corn in the streets, while at the same time he pressured merchants to distribute what was left over in favor of the homeless. He craved popularity, and the common people loved him.

But his most significant and intriguing act as viceroy was the construction of an imposing fort or castle on Chapultepec Hill, a strategic military position at the gates of the capital.

It was frequent for the people to speak about the building as a fortress. There was a rumor that Gálvez was thinking of declaring Mexico’s Independence, and installing his palace in Chapultepec, according to traveler and geographer Alexander von Humboldt, who visited Mexico in 1804 and heard the gossip.

If that was indeed the case, then the king of Spain was not so wrong to harbor suspicions and order the interruption of the castle´s construction.

Was the restless Viceroy Galvez planning to initiate independence? Chapultepec’s original intention was certainly more than pure ostentation. The fortress was built with the purpose which castles were made in Europe: for military functions, and in Mexico´s case, to pave the way to independence. Freedom ideas were already running through the Americas, and Galvez had a distinguished military career, with many triumphs throughout the continent.

But then suddenly the viceroy got very sick and, after a long disease, he died at 40. He had been New Spain’s ruler for only 18 months. He was buried in 1786.

A Man Of His Time

Some historians don’t see Galvez as a hero, but as an ambitious and tough man who just followed orders from his king. Of course, for our modern eyes, he didn’t have a “clean record” —before being the governor of New Orleans, he fought the Apaches and other Native American tribes, and his aid to the United States was primarily in the interest of his native country, Spain.

In Mexico he built the most magnificent building in the country, the Castle of Chapultepec, but Mexicans relate it more to Emperor Maximilian and his wife, Princess Carlota, who gave the palace its splendid current looks.

Many names of places witness that Bernardo de Galvez was once considered to be very important. The city of Galveston, once the capital of Texas, was named in his honor, as well as St. Bernard Louisiana.

Forgotten for two centuries, Spain, the U.S. and Mexico became interested in him again until recently. In 1976 his statue was inaugurated in downtown DC, on the occasion of the 200th anniversary of Independence.

In 2014, Congress named him an honorary citizen of the United States, a distinction that only eight people have ever had, including Churchill and Mother Theresa. His portrait presides over one of the rooms of the Capitol in DC, and there is another in the Castillo de Chapultepec, the building that he envisioned.

Galvez changed the course of history in the United States. Had he lived a little more, maybe he could have liberated Mexico as well.

How The Taíno Outlasted Columbus
Battle Of Chapultepec: Mexico vs The United States